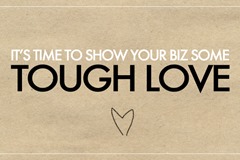 So, Andrew Updegrove has a blog post in which he expresses concern about the future of competition in publishing. (Found via The Passive Voice.) His thesis seems to be that traditional publishers exert a competitive pressure on Amazon—Amazon can’t lower the rates it pays self-publishing writers as long as traditional publishers represent some kind of alternative. He writes:

If Hatchette and the other big publishers are successful in holding off Amazon, then it’s pretty safe to assume that not much will change with the way they do business. But if Amazon wins, the traditional publishers will be under severe financial pressure. Given the fact that they have steadfastly refused to innovate or change thus far, it seems more likely to assume that they will react by dramatically cutting overhead than by exercising creativity.

And they’re certainly not going to react by raising royalties for authors, so the already increasing movement of published authors to self-publishing can only accelerate.

On the other hand, if Amazon wins, publishers will be under further price pressure, and will presumably provide fewer, and not more, services to authors. As more and more authors shift to Amazon, and as more and more publishers go out of business or downsize or become even more selective in who they take on, Amazon’s control of the terms under which authors are paid will dramatically increase.

You know what? No. Just…no.

Over the last eighty-odd years, the publishers who now comprise the Big Five have grown fat, lazy, and inefficient. Updegrove would have us believe that it’s the services publishers provide to authors that cost so much money, and hence would be cut back if publishers suffer further, but that’s not the case. If those services really were that expensive, how would self-publishing authors be able to afford to pay for those same services out of pocket when they want to publish their own books? Cutting back on them just wouldn’t save that much money. No, most big publisher overhead comes from something else entirely.

Look at the system of returns we have right now. It was implemented during the Great Depression, as a way to take some of the risk out of stocking books so that bookstores would be inclined to spend their hard-earned money to take a chance on something that might not sell. You can see how such an arrangement would be plausible in those bygone days of rock-bottom hardscrabble financial times. So why, then, after the Great Depression ended, did the publishers keep on running that same system for over eighty years afterward, through bust and boom alike?

To this very day, the Big Five publishers print more books than they need, send those books out willy-nilly, and then either allow the bookstores to destroy unsold copies for a refund or pay more money to ship the books back and sell them to remainders dealers, where they then compete for buyers with the full-priced versions of the same book still on store shelves!

(Funny thing is, Amazon actually reduced the amount of returns considerably, increasing publishers’ efficiency and hence profit margins, just because they didn’t have limited shelf space and pressure to cycle inventory through; they could afford to hold onto all the books they ordered until they sold. Now they’d like a little piece of that efficiency increase they created, which is why they’ve decided not to extend Hachette the favor of free warehousing, and hence why Hachette books are taking so long to order through Amazon. Hachette’s really not good at speedy shipping because it’s never had to be before.)

The Big Five publishers still have their swanky offices in New York City, literally the most expensive city in which to live in the entire USA. (They were originally founded there in order to be able to swipe books by such overseas notables as Charles Dickens off the ships and republish them without paying any royalties to the original author. Their attitude toward authors hasn’t changed much over the years, has it?) With a few exceptions, they still spend extra money to put DRM on their books, which nobody really even wants anyway. It’s ridiculous.

As e-books and self-published books have come up over the last fifteen years, the publishers have essentially fought them tooth and nail, trying desperately to hang onto their lucrative print business and keep it lucrative. They backed the wrong horse, and now that Amazon’s won, they want to send Amazon’s horse to the knackers.

They’ve shown no inclination toward doing anything to reduce their ridiculous overhead. They’ll even outright break the law if they have to to keep from having to change anything. They’re like a couch potato who’s been told he needs to lose weight for the sake of his heart but still wants to do nothing more than lounge around on the sofa watching TV and drinking beer instead. The writing has been on the wall for years now, but the publishers have determinedly kept looking away.

So you know what? Maybe it’s about time for some tough love. Let’s unplug the TV, padlock the fridge, and kick that bum out of the house and chase him around the block a few times for some exercise. If it’s going to take teetering on the brink of bankruptcy to make those publishers slim down, let’s drive them to that brink, and the sooner the better.

A more efficient publishing industry would be better for everyone. They could afford to pay authors higher royalties. They wouldn’t waste so much paper and fuel, so they’d be that much greener. Their books wouldn’t have to compete with remaindered versions of themselves, so they could be that much cheaper. (Though I’m probably fooling myself in thinking any saved money would go to paying authors more or making books cost less, rather than lining the publishing execs’ own greedy pockets, but oh well.)

But in order to get them there, something is going to have to overcome all that inertia. Whether you like Amazon or hate them, you have to admit Amazon is pushing the publishers to change, to break out of that inertia, to try new things to keep up. The farther Amazon pushes, the more likely they’re going to have to cut out things that actually do cost money, like the archaic returns system or their ritzy New York offices, to stay afloat.

But maybe the publishers are just too far gone. Maybe their system is too entrenched, and there’s nothing they can do to slim down enough in time to survive. Maybe it’s too late for them.

Then if that’s the case, turn off their life support and let them die.

There’s nothing about these huge, unwieldy beasts, most of them owned by foreign conglomerates in countries that don’t even necessarily like us that much, that should inspire our sympathy. They’re not sacred. We didn’t even have megaconglomerate publishers until a couple of decades ago, and yet somehow we managed to make it for hundreds of years without them. If the Big Five publishers do go under, is that going to mean the end of literature? Hell no. There are hundreds or thousands of other publishers of various sizes below the Big Five. The absence of those beasts from the top of the food chain will let others move up to fill that ecological niche.

People aren’t going to stop buying Stephen King books if Stephen King’s publisher goes under. Other publishers will be trampling each other in an effort to sign him. Ditto for the other bestselling authors. Other authors might decide to give self-publishing a try.

The publishers need to shape up or ship out. Let them either slim down or go out of business. Either way, we’ll end up with a much leaner, more efficient, greener ecosystem. Let’s stop enabling these wasteful, lazy corporate trolls who would rather break the law than change their ways.

Let’s give them some tough love.