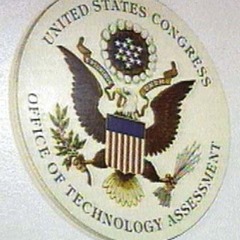 Ever wonder why Congress seems so clueless on technological issues, and easily swayed by corporate lobbyists? Wired suggests it’s because Congress got rid of its science and technology advisory office, the Office of Technology Assessment, twenty years ago.

Founded in 1972 and disbanded in 1995, the OTA was a bipartisan department that specialized in thorough research to produce neutral reports explaining complicated science and technology issues. It was disbanded because Congress needed to cut exactly the amount of spending in its budget, so out it went. Attempts to reopen the department over the intervening years have failed.

This doesn’t seem as though it would have much to do with e-books at first, but I would just like to point out that the Digital Millennium Copyright Act, which made it illegal to crack DRM even on media you own, was passed in 1998—three years after the OTA went away.

If the OTA had still been around at that point, would it have produced a report outlining the dangers in that policy and possibly influenced Congress to take a more reasonable position? It’s hard to believe that Congress would have been so willing to make it illegal for us to make fair use of our own e-books if some neutral party had been around to talk sense into them.

If the OTA were still around now, what might it have to say about the hot-button issues of the day affecting e-book readers and computer users? Net neutrality, device encryption, user privacy, ad-blocking, cookie tracking…there are so many of these issues, and so many members of Congress are effectively technologically illiterate that they are at the mercy of whatever lobbyist shells out the most money.

The OTA was shut down at the worst possible time, right before the rise of the Internet, the PDA, the smartphone, the tablet, and the e-reader ushered in a whole new era of legal issues to face—and most members of Congress belong to a generation that isn’t comfortable or conversant with such technology.

On the bright side, that same technology enables us to contact Congress, and the White House, much more easily now than we could in the past. So we can make our opinions much more readily known, especially when Congress asks for public input as it did on the DMCA anti-circumvention or safe harbor provisions.

All the same, it makes you wonder: for lack of a neutral advisory source to study technological issues for them, what stupid tech mistake is Congress going to make next? 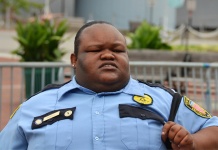 Using Pinterest as a wishlist? Careful of the copyright cops