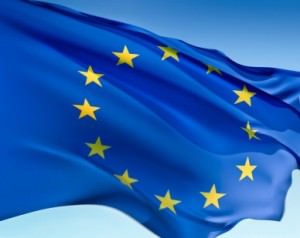 The European Union has decided that “all scientific articles in Europe must be freely accessible as of 2020,” because “EU member states want to achieve optimal reuse of research data.” This marks a wholesale defeat for the various claims and rationales of the scientific publishers who have sought to keep publicly funded scientific research behind their paywalls.

According to the statement on the website for the Netherlands EU Presidency for 2016, “open access means that scientific publications on the results of research supported by public and public-private funds must be freely accessible to everyone. That is not yet the case. The results of publicly funded research are currently not accessible to people outside universities and knowledge institutions. As a result, teachers, doctors and entrepreneurs do not have access to the latest scientific insights that are so relevant to their work, and universities have to take out expensive subscriptions with publishers to gain access to publications.”

The announcement does state that in certain instances intellectual property rights will override the basic obligation for free access. But it’s clear that overall the thrust of the legislation is directed particularly at the high rates and access restrictions championed by the academic publishing industry. It’s also very clear that the industry’s moves to address these concerns haven’t gone anything like far enough to satisfy the EU.

What makes the EU”s argument especially damning for the defenders of restricted access in scientific and academic publishing is that it explicitly links economic and technological progress, and even employment and social stability, across the whole of Europe to open access. The Competitiveness Council of the EU was responsible for the decision. Netherlands State Secretary for Education, Culture and Science Sander Dekker, who led the process, said that: “Research and innovation generate economic growth and more jobs and provide solutions to societal challenges. And that means a stronger Europe. To achieve that, Europe must be as attractive as possible for researchers and start-ups to locate here and for companies to invest. That calls for knowledge to be freely shared. The time for talking about open access is now past. With these agreements, we are going to achieve it in practice.”

The EU plan may not end the run for pro-open access initiatives like Sci-Hub, but it certainly puts a big cramp in the arguments of their opponents. But with the likes of Joseph E. Stiglitz arguing for open access, it’s no surprise that the EU finally decided to follow their arguments and do something. I’ll be watching Reed Elsevier’s stock price with great interest over the next few days.