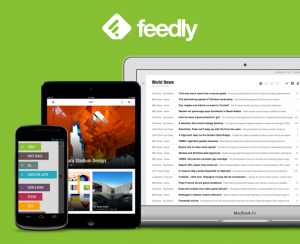 One of my chief complaints about Feedly has been alleviated in the service’s latest update. The Feedly app has a new vertically-focused layout that is more in line with what Google Reader users are used to. You can now view headlines and a few lines of text without getting distracted by a plethora of images. The Feedly Web app has also been updated with a “title only” layout that is designed to handle a lot bulk. This is exactly what Feedly needed to make Google Reader users feel more at home.

Although the layout change is the most important part of Feedly’s update, some other additions have been made as well. For example, there’s a new sharing menu that provides quick access to the likes of Facebook, Twitter, Google+, Pocket and others. You can also designate certain stories as “must reads.” When you do this, the appropriate stories will appear at the top of your feeds.

Feedly says it has gotten more than 3 million new users since Google announced the end of Google Reader. It’s still planning on creating its own Google Reader API clone to stay online once access to Google Reader is shut down in July. Feedly could be the savior to other RSS readers that don’t have their own backend.