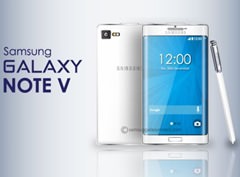 Over the last few days, Android Police discovered a potential design flaw in Samsung’s Galaxy Note 5 phone. I’m a little ambivalent about the impact of this error, but at the least it sounds like something Galaxy Note 5 owners should know about.

According to Android Police, the phone is designed in such a way that it is not only possible but easy to slide the stylus in the wrong way—it’s not designed with any kind of a shaped head or nub that keeps it from sliding in; it happily goes right back in all the way up to the nib. Then it may not come out, and it probably breaks the stylus detection mechanism if it does.

When Android Police and other news sources reached out to Samsung about the matter, the response they got back was simply:

We highly recommend our Galaxy Note 5 users follow the instructions in the user guide to ensure they do not experience such an unexpected scenario caused by reinserting the S-Pen in the other way around.

The manual (which isn’t actually packed with the phone, but must be downloaded) simply tells people not to put the stylus in backward or they might break their phone. (Duh.) It reminds me of the old joke, “Doctor, Doctor, it hurts when I do this!” “So, don’t do that!” Or the one about the man in a balloon who got advice from an engineer that, while technically correct, was nonetheless not helpful. It certainly won’t help people who’re distracted enough to slide the pen back in in the wrong way, or even whose kids get ahold of it and decide to jam it in backward just to see what happens.

Android Police notes that the fact that the warning was added since the very similar page in the Galaxy Note 4 manual appeared suggests Samsung was fully aware of the design flaw. Nonetheless, it doesn’t sound as if Samsung plans to do anything about the matter—though you never know. Maybe if they get enough complaints, they’ll end up pulling an “Antennagate”-style fix. Sheesh, even my old Palm Pilots had styluses that would only slide in one specific way.