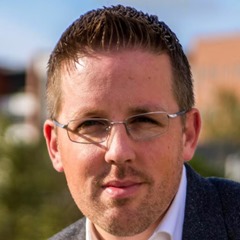 Cuddy considers the matter at several paragraphs of length, but the conclusion could be summed up in just one sentence: they don’t really care about books. Apple is all about the hardware, and Google is all about the advertising. Even Jeff Bezos wasn’t so much about the books, except that paper books were something ideal to sell on the Internet when Amazon started up—easy to store, easy to ship, don’t get stale if they sit around for a long time, and people want them—and e-books were a gateway to getting customers to register their credit cards for future use. Now that it’s effectively conquered the online book and e-book markets, Amazon is growing in directions that might eventually lead it to challenge Apple and Google’s core businesses.

As the Internet grows away from longer-form content, Cuddy believes the future of literature lies in blogs, video clips, and other short-form content. Cuddy suggests that publishers should be looking for a way to leverage that shorter-form content, possibly through a partner of some sort. (A partner like Vearsa, perhaps?)

Google’s potential ability to facilitate such a complex, granular view of nonfiction materials is unparalleled. Instead of fighting authors, agents and publishers, Google could and should be actively looking for ways to engage and excite content producers with a long-term, less mercurial vision than Amazon. They have the opportunity to be publishers’ best friend in an era where a publisher’s best channel is also their worst enemy–Amazon.

Google has the tools and expertise to be extremely helpful in creating an information-dissemination strategy that covers all digital media—but there’s “one significant flaw” that’s holding the publishers and Google back. Cuddy teases that he will discuss that flaw in his next column.

As the Internet and digital media continue to change the current publishing environment, everyone’s looking for some kind of plan to ride the wave of change and wrest dominance away from Amazon. (Some kind of innovation, perhaps?) It remains to be seen whether any of them can be made to work.

The idea that Apple and Google simply aren’t interested in selling books is an observation we’ve made before, but I notice Cuddy’s observations leave out one Amazon competitor—Barnes & Noble. What about that company? It’s certainly interested in selling books, given that it’s a bookstore and all, but it simply hasn’t been able to keep up with Amazon. In that light, perhaps Apple and Google are the wise ones, not throwing any more money at the problem when Amazon already has the market wrapped up.

It should be interesting to see what Cuddy thinks the big problem is, and whether it’s one that can easily be addressed.