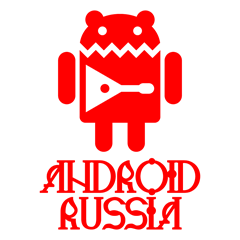 Remember that FTC investigation into Android bundling Google’s software I mentioned last month, and a similar one going on in Europe? It turns out that the first actual battlefield on the matter Google has to face is in Russia, of all places.

Russia’s most popular search engine, Yandex, holds 60% of Russian search capability, but 86% of all smartphones sold in Russia are Android phones—and they come with Google search built right in. In February, Yandex filed an antitrust complaint with Russia’s antitrust agency, the FAS, and last month that agency ruled that Google would have to stop.

Yesterday, the FAS announced that Google would have until November 18 “to eliminate the violation of the law on protection of competition in terms of abuse of dominant position in the market pre-installed application stores in the operating system ‘Android.’”

Yandex issued a statement which said in part:

Our goal is to return fair play to the market – when apps are preinstalled on mobile devices based on how good or how popular they are rather than due to restrictions imposed by the owner of the operating system. That fact that such restrictions have continually been tightening, led us to filing a request for investigation with Russia’s Antimonopoly Service.

Yandex and Google alike understand the needs of web users, and they both know how to provide a top-notch service. Professional competence of Google Russia’s team is beyond doubt, but why use restrictions or ban competition if one truly believes in the quality of their product?

Presumably, complying with the order would require Google to modify its contracts with mobile service providers to stop requiring they bundle Google’s apps with the Android installations on their phones. Yandex suggests that providers could offer a choice between Google and Yandex at the time customers first set up their new phones.

The ruling sounds all right in principle—it’s easy to see how a dominant desktop search provider could be upset by an outsider using its domination of the mobile platform to impose its own search engine. But given how much an integral part of Android Google’s services tend to be, in effect it may come down to a choice between an Android that works right with Google’s services, or an Android that doesn’t work terribly well with whatever substitutes Yandex can offer.