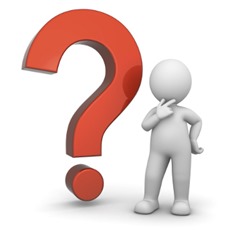 For as long as I’ve used Google products and services, like Android, Gmail, Google Documents, and so on, one aspect of the company has frustrated me to a singular extent. There’s pretty much no way to get in touch with a live person there. No phone hotline, no email, no live chat, nothing.

If you need help, or if one of their products isn’t working properly, or or if they made some change to one of their apps that you don’t like, or if Google Documents keeps trying to “correct” your spelling into inaccuracy, you can’t get in touch with anyone to ask for help or complain about it. The most you can do is ask for help from or share your complaints with other users on Google’s forums, but you’ll rarely ever see an actual rep from Google there. Even in those rare cases where Google has had some form of customer service contact, it’s generally been terrible. The company is just a big monolithic structure with no doors or windows.

Google isn’t exactly alone in this, as a lot of big Internet businesses such as Facebook or Twitter tend to be similarly faceless, but Facebook and Twitter aren’t spending billions of dollars on multiple fronts of devices and applications aimed at consumers. As a Recode piece from last week points out, Google has traditionally had a hard time getting products directly into consumers’ hands. Another piece follows up on that to suggest that, if Google’s serious about wanting to get into consumer products, it really needs to make itself easier to reach.

Boy, is that ever right! Amazon ranks as the most trusted names in retail year after year, and a big part of that is built on the strength of Amazon’s customer service. Amazon will deal with you via email, chat, or phone—they’ll even call you, so you don’t have to sit around on hold waiting for someone to pick up.

For that matter, brick and mortar retailers have their own customer service operations—farmed out to third parties like Teletech, but nonetheless, they could be just as effective as corporate-owned given that 90% of the answers customers needed were found in the user manuals. (I speak from experience, having been a Teletech rep for Best Buy’s Insignia products for three years.)

So why doesn’t Google? It saves money that way? I would say that as big as the company’s gotten by now, it can afford to spend a few million a year on customer service. As the Recode piece points out, Google already provides customer service to enterprise customers, even at the small business level. Perhaps it’s that its customer base thus far has been mostly young, tech-savvy people who’re able to find answers for themselves via search engines? It’s going to need to look beyond those people if it wants to appeal to a broader customer base.

It’s funny to consider that the makers of one of the most popular mobile operating systems in the world doesn’t have any way for consumers to get in touch. But maybe that’ll change sooner or later.