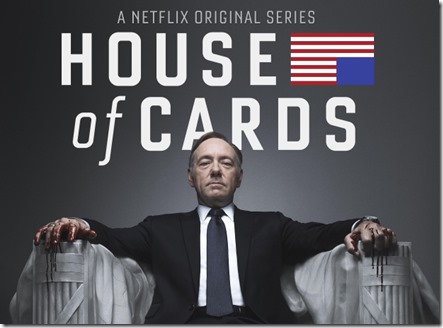 A huge question arises when we think about the prices of books vs. those of, say, subscription video services, movies, games, music and other entertainment. Just how much competition exists between media? In particular, how about books and social media like Facebook? And what about another area of competition, the time consumers spend on different media?

The issues here aren’t just academic. One reason why publishers at Big Five Houses jacked up the price of e-books is that they assured themselves that consumers would shift the money to paper books. Long term, I myself fear a different outcome. People instead may simply spend less on books of all kinds—and more on other media, from Netflix to games. Statistics show that Americans were reading less than they used to, even before the price hikes. Despite legacy investments, the Big Five and other publishers should worry not so much against the protection of paper books but about protection of all books.

Meanwhile, in a somewhat related vein, here are some thoughts from reading analytics expert Andrew Rhomberg of Jelly Books, a speaker at next month’s Digital Book World Conference—observations he offered on inter-media competition during a DBW post on fast-reads vs. less exciting books:

”One of the memes that has made the rounds at publishing conferences recently is the notion that books are competing with Facebook, YouTube and Angry Birds for readers’ mindshare. Personally, I find the idea that I will not buy a certain book when browsing Daunts Books on Marylebone High Street in London, Green Books in San Francisco, or on Amazon’s website ludicrous. A typical shopper does not think, ‘I am not going to buy this book, because I am going to spend those six hours on Facebook instead.’ He or she might pick Girl on the Train (the girl at the office kept talking about it) instead of another title, but shoppers are not consciously choosing between books and social media as a form of entertainment, and especially not at the point of purchase.

“However, what are readers doing subconsciously? How are they actually spending their free time? How much time do they devote to reading compared to other activities? Reading a tweet, for example, is a form of reading—a very social one and a guilty indulgence for many who work in publishing. So are people reading for hours at a time, similar to sitting down for a three-course dinner (slow food), or are they consuming books like snacks (fast food, in other words)?”

My own thoughts on the above:

1. Andrew is right that readers don’t ponder at length how much money to spend on books vs. the competition.

2. At the same time, he is also correct in asking about readers’ subconscious thinking, which, at least in my opinion (not necessarily his), will be the real determinant here.

3. With the advent of a multimedia rental service like Playster, which is rationally based on the idea that many people follow their interest and passions from medium to medium, as opposed to staying just within one, those questions will be brought into sharper focus than ever. Books on Playster are in direct competition with, say, movies (even though there may also be synergies between the two—depending on individuals’ consumption habits).

It would be folly, folly, folly to think that House of Cards and other shows requiring massive time commitments do not compete with books. What’s more, given that an entire month’s subscription to Netflix here in the U.S., will cost less than many digital titles from the Big Five, why would we dare think that price isn’t a factor? Especially if we want more than just the elite to be booklovers?

My own passion for well-stocked national digital libraries arises out of social concerns, but along the way, an amply financed national digital library endowment would help boost the bottom lines of book publishers of all sizes—by making reading more of an activity for the masses than it is now. Such an approach would not just send money to publishers and writers by way of libraries buying or renting titles. Free e-books also would encourage even the poorer among us to give book buying a try as long as we simultaneously promoted books and libraries through mass media campaigns and innovations such as cell phone book clubs, played up recreational reading more in schools than we do now, enabled libraries to offer tech support when required, and of course addressed such details as the availability of wi-fi.

While this would be a tall order, the results would be worth it for both society in general and the book industry in particular. Instead of focusing on jacking up the unit prices of books, electronic or paper, publishers should concentrate instead on increasing the number of units sold, both through their own marketing efforts and by pushing for national digital libraries (with, of course, provisions for fair compensation—I don’t expect publishers to give away their books, even if the titles end up free at public libraries).

I hope the book industry listens. The bright side is that there is a lot of room for improvement. The typical U.S. household spends several thousand on various forms of entertainment, according to the Bureau of Labor Statistics. Only around $100 of that goes for recreational reading and other kinds of reading. We can only go up from here, and I’ll be delighted if publishers of all sizes, from self-publishers to Penguin Random House, benefit.

Details: (1) I have no idea how Andrew Rhomberg himself would stand on the pricing issue. (2) While Hollywood and games are threats to books in terms of money and time spent, I don’t think the reverse is true—not when you compare book dollars and time spent to the same for movies and videos. The gap is just too wide. (3) I’d love to see the proposed digital library endowment promote inter-media synergies that would encourage reading—for example, library book promos pegged to films. Also, I can see the endowment helping libraries nurture local independent film makers, among many other activities.