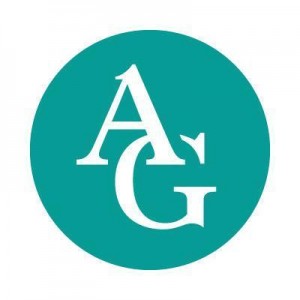 ‘Tis apparently the season for Hail Mary appeals to the Supreme Court. We already heard about Apple’s attempt to get its agency pricing antitrust conviction re-heard. It seems only fitting that, in the same month, the Authors Guild brings to SCOTUS an appeal of the case that some have said was indirectly responsible for the agency pricing situation coming about in the first place.

I refer, of course, to the kerfuffle surrounding Google Books, nee Google Print. The Authors Guild first brought suit against Google over the project all the way back in 2005—before I had even started writing for TeleRead. Google’s crime? Scanning and indexing as many books as it possibly could, to seed a search engine to let people search on their content.

The case dragged on and on and on, losing a few years as an attempt at a settlement that would let Google act as an e-book store meandered into the weeds and got lost, before finally being rejected by Judge Denny Chin as too much of an overreach. Eventually, when the Authors Guild’s request for class-action status made its way up to the appeals court, the appeals court told Judge Chin, “You know, this could be fair use. Why don’t you rule on that first?” Perhaps eagerly grasping at the first available straw to get the case out of his courtroom, Judge Chin ruled it was fair use and dismissed the case, passing it on to the appeals court. Unsurprisingly, the appeals court concurred. Appeals court Judge Pierre Leval gave a great lecture in which he explained exactly why Google books was fair use.

Meanwhile, the Authors Guild also sued Google’s partner in scanning, HathiTrust. That case was also dismissed as fair use, and the dismissal was likewise affirmed on appeal. The Authors Guild decided not to appeal that case any further, perhaps so as to concentrate its effort on the Google Books matter.

Since the appeals court ruling, the Google Books affair has been largely quiet, punctuated only by people wondering “whatever happened to Google Books?” or else mounting defenses of it on the basis that it’s good for publishers. But the Authors Guild hasn’t been sitting idle, as this new brief filed with the Supreme Court demonstrates.

It’s kind of amazing to consider that this case was filed before the Amazon e-book revolution even began. In 2005, all anybody even knew of e-books was a few fairly obscure companies that sold books that could be read on PDAs, and a string of high-profile flops as too few people wanted to read e-books from LCD screens to invest the large sums of money their makers were asking for.

A kid who was born when the Authors Guild filed the original suit would by now be in the fifth or sixth grade—and probably reading lots of e-books on his Kindle. This is a particularly apt observation because, according to The Battle of $9.99, it’s probably the publishing industry’s distraction with Google Books that allowed Amazon to sidle up to the publishers with its brand new Kindle, open up operations as an e-book vendor, and proceed to eat their lunch with $9.99 loss leaders before they even knew what was going on. That, in turn, led to Apple offering them a deal on agency pricing, which led to the other case seeking to go before the Supreme Court right now.

Effectively, the Authors Guild is concerned over allowing the willy-nilly copying of twenty million complete books for a commercial purpose to be considered fair use, and wonders if the district and appeals court allowed the “transformative” nature of the use to eclipse the other three factors of the four-factor fair use test. But what really seems to burn their biscuits is that Google is making money off their content, whereas they should be the only ones allowed to make money off their content. (Not that any of them ever tried putting a search indexing project of this nature together. Just like you didn’t see any of them innovating e-books, either. But they sure do have it in for the people who did!)

I’m not a lawyer, of course, so any prognostications I make will just be guesses, but I’m going to make those guesses anyway, because it’s fun to guess. I expect this case stands a better chance of being heard by the Supreme Court than the Apple case. The Apple case is basically a bog-standard antitrust case, with nothing special about it except in the minds of Apple’s defense team—and every antitrust defense thinks theirs is a special case.

But as the Authors Guild points out, it has been some time since SCOTUS last addressed a fair use case of any substance, which puts it all the way back before the Internet age had gotten into full swing. Whether it should be permissible to copy entire works for the purpose of seeding a search engine is definitely an Internet-era question, and it could have implications not just for Google Books, but for the entire concept of search engines.

After all, in order to index the entire Internet for its Google search, Google has to make multiple complete copies of that, and it certainly didn’t ask for anyone’s permission ahead of time the way the Authors Guild wanted it to for books. It would be ridiculously unwieldy even to try. Instead, it uses an opt-out system, where sites that don’t want to be indexed can say so in their robots.txt files—a system similar to the kind of opt-out Google offers for Google Books. The only real difference between indexing the Internet and twenty million books is that it’s somewhat harder to copy the information from books. If the Authors Guild succeeds in getting Google Books invalidated, the precedent could open any other search engine to legal challenge.

I hope the whole affair will be over with by the time that kid would be ready to enter college. 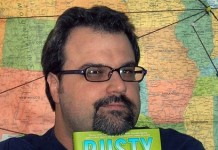