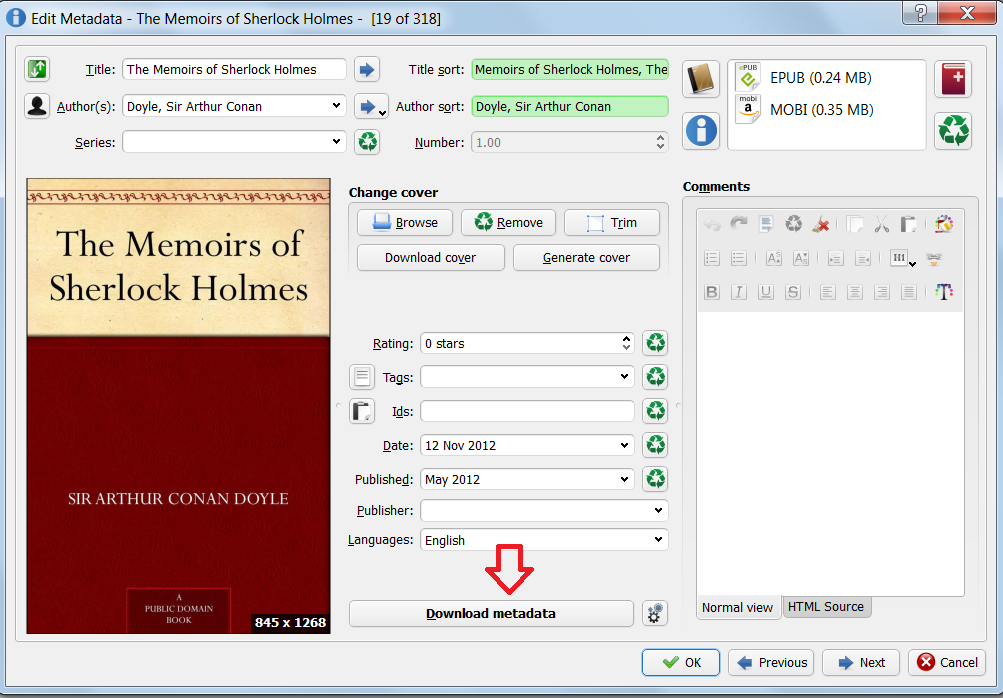 I have been a long-time fan of the Calibre e-book library software. I use it often to organize and categorize my books. But many of the functions which first drew me to Calibre have become a tad obsolete as the Cloud-based infrastructure has developed. For example, I no longer plug any devices into the computer—I side-load books onto my Kindle-equipped devices via the Cloud. So, do I still need Calibre?

I was thinking about this again as the Beloved has been pondering a new computer purchase. He has been making do on my ancient Macbook since his needs are minimal. but it’s on its last legs. So he’s thinking of taking over the HP laptop I have, which is almost new, but has proved a bit too bulky and cumbersome for me. What he’d like to do is set it up as some sort of family media hub—he can do his basic computing tasks on it, and it can store the iTunes library, photos and so on. We would get me a netbook-sized mini laptop and I could access my stuff via the Cloud.

Of course, my first question was what would happen to my e-books? If I take them out of Dropbox and put them onto my ‘own’ computer, they wouldn’t be remotely backed up to the Cloud. I would have to back them up manually, and that is a hassle. This setup should make our lives easier, not more complex! But if I leave them where they are, on the computer which is equipped with more robust specs to handle a library as big as mine, it means I won’t be able to manage things as easily on the go.

So I see some appeal in moving things out of the Calibre ‘library’ format. What if I just used Calibre for sending to the Cloud when I wanted to transfer a book to my devices? I could edit the metadata and make sure everything looks good, send it to my Kindle cloud—-then archive the book in a plain old folder in Dropbox. The advantage would be that if I get a new book, I can send it to its eventual home from any computer using the Dropbox web interface. I could use work computers, my iPad or any device. It would go where it’s supposed to, and then when I get home, I could copy it into Calibre for sending, and be done.

I love some of Calibre’s features, and I do think putting in the proper metadata before I send it to the Cloud keeps things running smoothly when it comes to features like cross-device synchronization. But sometimes, it’s really helpful to just be able to add a new item on the go, without waiting to return to my home computer. And, as I look toward a future of working on many devices—home ones, work ones, maybe a tablet—being able to just open up a Dropbox app and see everything in a list is supremely helpful. A home base to back everything up to, with automatic Cloud sync, really