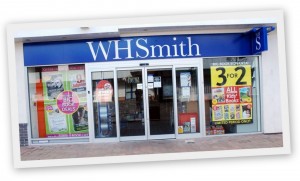 Yesterday morning, we brought to your attention a rather unusual situation that had been taking place in the WH Smith e-retail store:

Kobo e-books that were meant to be DRM-free had been listed on the WH Smith site as having digital rights management software added.

Even books that had been authored by Cory Doctorow, perhaps the most vocal opponent of DRM today, were listed as having DRM installed.

After contacting both Kobo and WH Smith and requesting statements about the situation from both, we heard from Kobo’s Toronto-based media relations manager, René d’Entremont. And while his message wasn’t exactly the picture of clarity, it does seem to me—after reading between the lines—that the unauthorized addition of DRM to previously DRM-free Kobo e-books in WH Smith’s e-store probably was an honest mistake of some sort. Kobo’s official statement about the situation follows:

“Books are accurately reflected as DRM or DRM-free at the Kobo.com site. Consumers and authors alike can have confidence that when purchasing from the Kobo.com site – even if redirected from a partner site – that the titles are accurately represented. WHSmith is aware of this website issue which incorrectly presents DRM-free content as DRM. They are working quickly to resolve this and we recommend following up directly.”

After repeated attempts to contact both the media relations and customer service departments of WH Smith, we still haven’t heard from anyone.