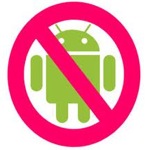 Who’s one of the biggest beneficiaries of Android? According to Nomura analyst Rick Sherlund, it could be Microsoft. In a new note on Microsoft, Sherlund estimates that Microsoft is generating $2 billion per year from Android patent royalties—almost pure profit. It is using that profit to conceal the losses from its Windows Phone and Xbox groups by grouping them together into one division and then reporting that division’s profit and loss as a single unit.

That group always seemed to be profitable, but Sherlund says it’s largely because of the Android money.

Sherlund says that if you back out the Android profits, Microsoft is probably losing $2.5 billion on Skype, Xbox, and Windows Phone. Of that, $2 billion in losses are attributable to the Xbox platform.

And it could soon be even more. Microsoft is part of a consortium of companies who bought a huge patent portfolio from Canadian telco Nortel for $4.5 billion, and just filed a series of patent lawsuits against Google and seven Android device manufacturers. The group also includes Apple, RIM, Ericsson, and Sony. Given how successful Android has been in the last few years, it’s not terribly surprising its competitors would want to gang up on it.

But then, that’s the way the patenting world works. 14 years can be an eternity in Internet time. Given how much e-reading is done on Android devices (even many e-ink readers are powered by versions of Android), this will be worth watching over the long term.