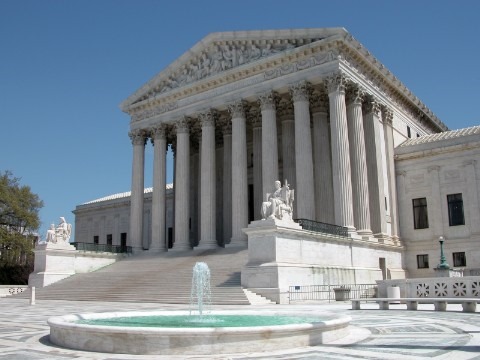 It’s deja vu all over again. For the second time this year, a long-running e-book-related court case has ended with the Supreme Court declining to take a hand. With characteristic terseness, the Supreme Court announced it would not hear the appeal of the Authors Guild’s case against Google Books. This means the appeals court decision finding Google Books to be a legally-protected fair use of copyrighted content will stand.

What a long, strange trip it’s been. It’s hard to believe it’s been over ten years since the Authors Guild first brought suit against Google and its academic partner in crime HathiTrust for the unpardonable offense of scanning and indexing publishers’ books without their consent. They filed their suit in late 2005, though the earliest mention I can find of it on TeleRead is this exchange in 2006.

The Authors Guild and Google spent years negotiating their infamous settlement agreement, but Judge Chin finally threw it out in 2011. The case looked like it would drag on in the low court forever. But then the Second Circuit appeals court threw Judge Chin a lifeline when it replied to a question of whether the Authors Guild could properly claim class action status with a suggestion that he should rule on whether Google Books was fair use first, because if so, the entire question of class action status would go away. So Chin ruled it was fair use, and up the case went to the Second Circuit.

Meanwhile, following Chin’s lead, a separate court ruled in 2012 that HathiTrust’s behavior was also fair use, and up that case went to the Second Circuit, too. And over the next couple of years, the Second Circuit dispatched both the HathiTrust case and the Google Books case in fairly short order. They were both, in fact, fair use, as Second Circuit Judge Pierre Leval explained a month later.

And now we finally get to the clincher: just as with the Apple agency pricing antitrust suit, the Supreme Court didn’t find this one worthy of consideration. The lower court decisions stand. Google Books is fully legal. The Authors Guild is extremely disappointed. Let the schadenfreude commence!

I’m honestly a little surprised, as I had really expected the Supreme Court might want to take this one up. After all, it hasn’t rendered a big fair use decision since before the general public flocked en masse to the Internet. It would have been a chance to lay down the law as to whether the same principles that apply to fair use of copyrighted material offline apply to it online as well.

Perhaps I was just blinded by the overall frantic tone of the Authors Guild’s filings. To my layman’s eye, it looked like they might be convincing enough to get the Supreme Court to give the ruling a look-over. But I suppose in the end it really was just an open-and-shut fair use case, just as the Apple case was open-and-shut antitrust.

And that closes the book on one of the longest-running e-book-related decisions of our time. Where does that leave the participants?

As I noted in pieces I wrote well before the decision was rendered, Google Books has been a smashing success by the criterion of the project’s original goal—which didn’t have anything to do with selling e-books of orphan works to hold the money in escrow, the way the Authors Guild wanted to do in its settlement. Google has successfully digitized and indexed millions of books. Now anyone who wants to search for any book on any topic can hit Google and find results much more useful than the very best library catalog, whether in drawers full of cards or in some library’s computer.

As for the Authors Guild, they get to tally another mark in their book of resounding failures that have made the e-book world a better place. Maybe we should point them at the question of digital rights management next. I wonder if they could fail badly enough that the publishers decide to stop using DRM at all? Although some people don’t think my April Fool’s Day joke post about the Authors Guild just not liking innovation was very funny, from here it still looks like it was right on point.