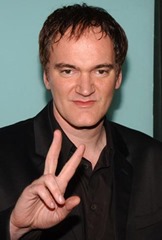 Quentin Tarantino got so upset that someone leaked a copy of the script for his next movie, The Hateful Eight, online that he announced he would not be making that movie after all. He got further upset when he found out that celebrity/tech news site Gawker’s “Defamer” blog actually linked to file locker sites where the script could be downloaded. So, he is now suing Gawker.

Tarantino’s suit claims that Gawker itself posted the leaked script to those sites, which Gawker editor John Cook insists is false. In the end, the suit comes down to “contributory copyright infringement”—the same thing that sank peer-to-peer service Grokster eight years ago. As with Grokster’s case, Tarantino’s lawsuit holds that, by making the script available, Gawker “induced” its readers to violate Tarantino’s copyright.

Of course, the big difference here is that Gawker is not a peer-to-peer pirate site, but a professional (in one sense, at least) journalistic institution. And it’s arguable that, as newsworthy as it was, once Gawker knew where to find the script it was pretty much journalistically obligated to link it. But then, the First Amendment tends to hit its limits when it runs up against powerful institutions that aren’t happy about what you’re saying. The kid running Think Secret found this out when he reported a few leaks that were just a bit too on-point for Apple and ended up having to close down his site in the settlement.

It may not have too much bearing on the matter at hand, but Google apparently isn’t terribly impressed with the DMCA takedown notices Tarantino filed. Ars Technica notes that, out of 29 URLs his legal team highlighted, Google only removed two.

Legal scholars and journalists have been quoted as concerned about what kind of precedent the case might set for what links news sites might safely post. But I suspect they’re needlessly worried. In all the ways that count, I think this is pretty much a non-story.

Tarantino’s far too savvy a showman not to know about the Streisand Effect. By calling attention to the script being available on pirated sites, he’s pretty much guaranteeing anyone with even a mild interest will go and find it. Neither of the links from the original Gawker article work anymore, but as with any pirated file, it’s available at the usual suspects, including that one infamous site whose logo depicts a sailing ship. (Yeah, good luck getting it taken down from there, QT.) I was able to find it myself in under five minutes of searching, and most of that was tuning my Google requests so they didn’t pull up more variations on the Tarantino-sues-Gawker news story. (I hope you’ll forgive me if I don’t link to it, though.)

And that may well be what he wants. As Cook points out, Tarantino told Deadline Hollywood

And in the course of rummaging for the actual script, I came across this rumor that Tarantino has decided to make the movie after all, has already started rewriting the script, and has reached out to Samuel L. Jackson to play one of the main roles. Of course, it’s just a rumor, but seems like a plausible one to me. If that’s true, the whole brouhaha is basically meant to draw more publicity to the movie for when Tarantino actually does make it. And if that’s the case, I don’t expect this case will ever see an actual ruling; it will be quietly settled or possibly even dropped altogether once it’s passed out of the public eye.

It does remind me of something else, though—something that’s a more e-book-related matter. The Digital Millennium Copyright Act’s “anti-circumvention” provision says that “No person shall manufacture, import, offer to the public, provide, or otherwise traffic in any technology, product, service, device, component, or part thereof” that is primarily designed to crack DRM. That’s a pretty open-ended prohibition, which—as Chilling Effects points out—can be interpreted pretty broadly:

Question: What does it mean to distribute circumvention tools?

Answer: Section 1201(a)(2) defines distribution as the "manufacture, import, offer to the public, provide, or otherwise traffic" of circumvention tools. This definition can be interpreted extremely broadly as evident in the court’s analysis in the DVD encryption Universal v. Corley case. In its decision, the court considered not only making the source code of a program for free a type of distribution, but also found that merely linking to a web site containing illegal tools can constitute "trafficking."

Some people even claim that you can’t even talk about how to remove DRM, because that could be considered “providing” or “trafficking in” such tools. Which is kind of a ridiculous chilling effect on free speech if you think about it. In this day and age, a hypertext link is basically the same thing as speech. If I say that the name of the main e-book DRM removal plugin for Calibre is made by a fellow named “Apprentice Alf,” how hard is it for you to plug that into Google and find it whether I link directly to it or not?

In any event, the Internet being what it is, there’s no way to scrub either a leaked script or a DRM-cracking tool from the Internet once it’s out there, no matter how many people you sue. Tarantino’s just going to have to live with that—though I suspect living with it might not be as hard as he would want people to believe.