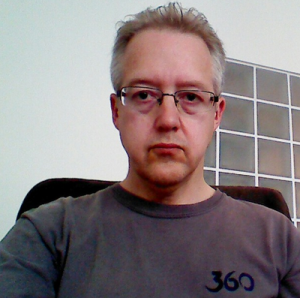 Paul St John Mackintosh, TeleRead’s associate editor and my guest on the new episode of The Kindle Chronicles podcast, had no trouble explaining to me what connects his poetry, weird fiction, and tech writing.

“Mostly it’s imagination and ideas,” Mackintosh said in a Skype interview from his home in Budapest, Hungary. “If you cut your teeth on science fiction like I did, moving sideways into tech journalism is not a big stretch.”

“If you are structuring and creating literature,” he continued, “much of the time this can be done around ideas and concepts, which are also terrific turbochargers to the imagination.”

For example, Mackintosh said, if you get your head around a fascinating concept, “that will usually throw off all kinds of imaginative proof.”

When it comes to writing poetry, imagination drives the content of a poem as well as the language itself, he said. 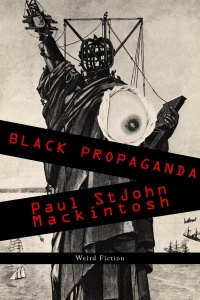 “As regards the dark and weird fiction,” Mackintosh continued, “a lot of that revolves around concerns that come up in many other areas, including technology and tech journalism. It’s mostly things like the nature of consciousness, the nature of human awareness, the nature of a self-conscious will, a volition, the nature of the personality—do personalities as such exist or are they just software running on wetware?—all this kind of stuff is really grist for the mill.”

Black Propaganda, his first collection of dark, weird, and transgressive fiction, is due out soon from the publisher H. Harkson Productions.

If nothing else, the Cambridge-educated Mackintosh is a writer with considerable range of category and subject matter. The ultimate Scot, he is among other things the official clan poet of the Clan Mackintosh.

He also opined that Amazon needs to make sure its Kindle Store remains a high-quality experience for customers, which means continued vigilance against spammers taking advantage of the Kindle Unlimited subscription platform.

Also on this week’s show, I consider Amazon’s impressive first-quarter earnings, two admirable social initiatives undertaken by CEO Jeff Bezos, and a question about how long the battery life really is on the Oasis.

Next week’s guest will be Peter Korn, accessibility architect at Amazon. The week after, I will devote the show to what I hear and learn at BookExpo America next week in Chicago.