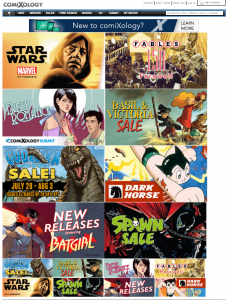 From newspaper people to pediatricians, many love to bash “screen time” for kids.

Not all screen time is the same, however. From Canada comes one example in favor of a more discerning approach. A writer for CBC News observes: “Comics are a terrific way to introduce kids to storytelling.

“According to the Canadian Council on Learning, comics can act as a gateway to more traditional novels for kids. They can help kids develop visual literacy—even before a child can read words, seeing pictures in a sequence can allow him or her to understand a story and interpret how to read images. Comics have also been championed as a great way to get reluctant readers reading.”

The screen time issue aside, the use of comics as literacy-promoters ties in with old-fashioned librarianship. An elementary school buddy of mine graduated from Prince Valiant comic books, as I recall, to Don Quixote in time. A friendly librarian nudged him along. Rick went on to become a teacher—in fact, leader of a local teachers’ union.

It happened eons ago, but why can’t it be just as true in the digital area?

The CBC article goes on to mention Amazon’s Comixology, along with “general reading apps,” comics on the Web, libraries, and Manga apps.

Yes, I know: digital comics are just another part of life for many people. So excuse us if this is old hat to you. But for newcomers to the comics scene, the CBC’s link-rich guide could be fresh and useful.

Related: More than just funny books: Comics and prose literacy for boys, from the Canadian Council for Learning. 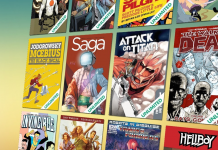