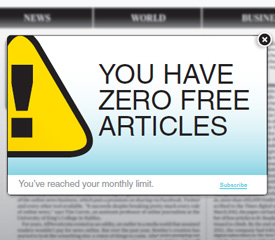 I wrote earlier this week about the paywall roll-out at The Toronto Star, which has been one of my daily online haunts for a while. Well, it seems the paywall is now fully operational: I just got hit with a pop-up message telling me I had two free articles left before I’ll have to start paying for access.

I think many newspapers have been trying to paint the paywall launch as not just a money grab but as a mutually beneficial ‘Good Thing.’ They retain profitably, and I get ‘value-added’ stuff like multimedia content and whatever else. But is that really going to fly these days? 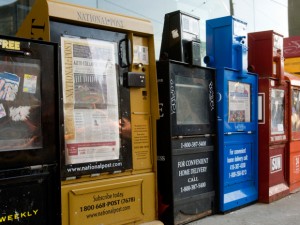 Our friends at Reuters propose the radical theory that not only will it not fly now, but it actually never has in the past, either. In an article titled “News never made money, and is unlikely to,” Jack Shafer explores the evolution of the newspaper from a proaganda machine supported by the major political parties to one supported by a new patron, the advertiser.

In other words: It was never about the news. And now that the playing field has been leveled by technology and it might, perhaps, actually be about the news now, where will the profits come from? Alas, not from me. I did a comparison of the front page stories on The Toronto Star‘s website and those of rival news site CP24, and found the articles mostly the same. Why would I pay to read the one site, when I can get nearly identical content at the other?

I do pay for the eReads program at the Star—that’s the lesson that truly unique and worthwhile content is still worth money. But a hundred websites had articles this weekend previewing the Canadian National Exposition, which I attended today for its opening weekend. There was a media day where the Star‘s reporter was treated to the same preview as these numerous other outlets. So what could they possibly offer for such coverage that would entice me over to the paywall side? For this kind of news—nothing. I’ll pay for the e-book subscription, and I’ll bookmark the still-free CP24 for the daily news. 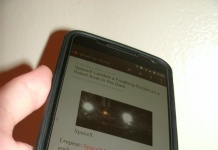