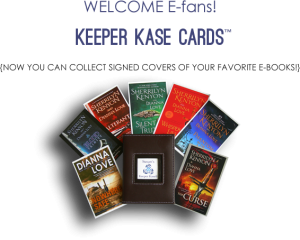 I’ve never been much of an autograph hound myself, so this came as news to me, but apparently a major change has been taking place in the author appearance and book signing scene over the last few years: At a growing number of public book signings, the only attendees who are allowed to wait in line for an autograph are those who’ve purchase the author’s current book at the event itself.

In other words, if you already own the current book of the writer you’ve come to see, you’re out of luck—unless you’re willing to shell out for a second copy, of course. You’re also out of luck if you arrive with any of the author’s previous books, or for that matter, a magazine article, or a photo, or whatever else. It probably goes without saying that a fan showing up at a literary event with a favorite author’s new book on their Kindle will be going home without that treasured John Hancock as well.

Just to be clear, this sort of thing obviously isn’t happening at every author appearance, although most of us here probably understand why it does happen from time to time. (Hint: You’re swimming in it).

But instead of constantly wallowing in the sadness of bookstore closures and declining print sales, I like to occasionally look on the bright side. And in this instance, the bright side actually has a name: It’s called a Keeper Kase, and it’s essentially an autograph binder designed specifically for readers of e-books. Imagine a small photo album filled with postcards, and you’ve more or less got the idea.

As Barbara Vey reports for Publishers Weekly, the Keeper Kase itself is nothing more than a small binder designed to hold Keeper Kase Cards, which are 4″ x 6″ postcards with a particular book’s cover art on one side. The back side of each card has space for an author’s autograph.

The idea, Vey implies, is that an author would have a stack of these cards printed before beginning a book tour. When fans who own a digital version of that author’s book arrive at a signing, they’d be given a card, which the author could then autograph. And everyone goes home happy.

Clearly, it’s not a perfect system.  There’s the issue of autograph collectors arriving at signings with pirated books, for instance. And According to Vey, only seven or eight authors have currently had cards printed. But that’s more likely due to the fact that the Keeper Card system is new. As word spreads, and as the digital book reading community continues to grow, this is a system that could easily become a trend.

Dianna Love is the writer behind the idea. You can find more information about the Kards and the Keepers on her website, where she’s also offering two free cards—both autographed—to anyone who sends her a self-addressed stamped envelope.