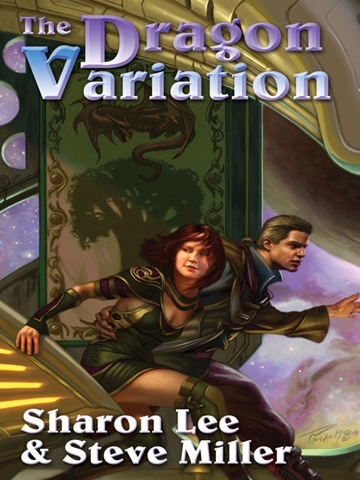 Okay, I know I’m feeding the troll here, and I feel bad about that, but I do feel it’s worth calling attention to this level of complete stupidity when I see it. Patrick Nielsen Hayden had this to say about the subject of my rant: “It’s rare that one gets to see somebody being a complete and total idiot. But Amazing Stories comes through!”

The article in question is by Paul Cook, and it goes by the provocative title “When Science Fiction is Not Science Fiction.” Cook, it seems, is upset that writers such as Lois McMaster Bujold and Sharon Lee and Steve Miller get their icky girl cooties all over his precious manly science fiction genre.

Bujold tips her hand in the eloquence of her language (normally a good thing) and the attention to detail that only women would find attractive: balls, courts, military dress, palace intrigues, gossiping, and whispering in the corridors. All of this is right out of Alexander Dumas.

(So, wait, what? Dumas? Three Musketeers is chick-lit?)

“Not that this is a bad thing,” Cook then disclaims disingenuously, “but some of us aren’t that interested in romance.” (So? Judging by the popularity of writers such as Bujold and Lee and Miller, many of us are.)

He also complains about steampunk and zombies. (“Because I am as interested in zombies as much as I’m interested in eating beets,” he says. Boy, he doesn’t know what he’s missing. Boneshaker is awesome, and borscht is tasty.)

The whole thing is ridiculously silly. He’s trolling. He as much as admits it in the last paragraph, where he says, “Of course, I’ve offended everyone who’s read this far—simply by having an opinion.” (No, you twerp, you’ve offended people by expressing that opinion offensively. Lots of people somehow manage to have opinions without offending people. Thousands of them, every day!) Just because something has elements of romance, mystery, horror, comedy, or whatever doesn’t mean it can’t also be science fiction.

Apparently enough people got offended that comments were closed on the article after only 25 were posted. Trolling successful. And I’m feeding the troll further here. But really, shouldn’t we be past this by now? Pointing fingers and saying, “That’s not real science fiction because…?” (Or for that matter, “You’re not a true fan because…”) For that matter, it’s also reminiscent of the kerfuffle a few months back when the sexist stuff got posted in the SFWA Bulletin. It’s little kids in the playground pointing at each other and yelling, “Are not!” “Are too!” It’s stupid.

But every so often it’s helpful to point out something this stupid as an excellent example of what not to put up with, so we can better calibrate the Bayesian filters in our heads.  So look. And point and laugh, if you feel like it. And celebrate the fact that nowhere in the definition “fiction based on imagined future scientific or technological advances and major social or environmental changes, frequently portraying space or time travel and life on other planets” is there anything saying “but no girl cooties.”