About that $30M deal between and Amazon and the NYC schools: e-book formats aren’t the only question.

How private will students’ book-related profiles be in real life? And will Amazon enjoy a marketing advantage by way of the profiles? What’s more, long term, could the deal even be bad news for public libraries—now so dependent on OverDrive, which lost out to Amazon for the contract?

Those questions run through my mind after reading Andrew Richard Albanese’s article in the July 31 Publishers Weekly.

“I am by no stretch an anti-Amazon guy,” Albanese writes. “For all its troubles, I think Amazon has brought great innovation to the book business. But given my experience on the consumer side, I do have concerns about how an Amazon push into the school e-book market will play out. For example, are we about to hand over to Amazon the data it needs to create market profiles for every student in New York City? The Capital New York report notes that all the content secured under the deal can be used on a variety of devices, including smartphones, tablets, PCs, and Macs. But the DOE documents also note that each student will have an ‘individualized profile.’”

If nothing else, keep in mind another Amazon-and-OverDrive-related issue. OverDrive offers a pathway to Kindle books now for public libraries and their patrons. What happens if Amazon ends that arrangement and focuses more on government-related markets? Encouraged by the New York win, Jeff Bezos just may want to go direct to libraries. So much for OverDrive as a middleman?

Yes, OverDrive has been building up its own technology and from the start has assiduously courted publishers. But will those efforts suffice against Amazon? Will Rakuten, the parent company of Kobo, regret its $410-million buy of OverDrive?

Earlier in the PW piece Albanese wonders if libraries will lose out to commercial services that can offer books and other content without the same hassles that library patrons endure when they check out e-books. Well, we know that publishers are becoming more flexible with business models, which could help. But Albanese’s concerns are still legitimate, especially in the case of Amazon. Who knows how this will shake out? Will libraries end up being even more subservient to Amazon than they are now to OverDrive, despite laudable projects that could make them more independent?

Taking this one step further, will more people then be asking whether public libraries should exist in the first place? Granted, libraries are about much more than books. But for decades, books have been their main calling card, and it’s difficult to change public perception—which isn’t to say it’s such a good idea anyway, given the country’s literacy needs.

Bogged down by a Not Invented Here syndrome, many public librarians so far have resisted a call for a national digital library endowment and the creation of two separate but intertwined digital library systems for the U.S.—one public, one private. Perhaps it’s time for them to reconsider if they want to stay in business. Already certain commentators have called for Amazon to replace public libraries as book providers. 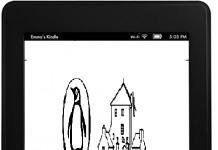 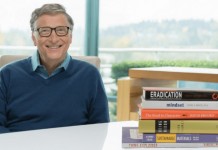 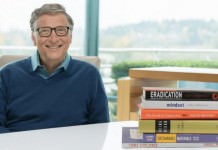