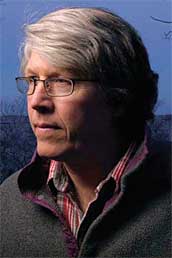 Here we have a few articles about putative Amazon malfeasance. The subject seems to be getting a lot of attention lately, and it’s probably going to get more. The snowballs have begun rolling down the hill, and they’re only going to pick up more momentum as they go.

First, here’s a piece from the Washington Post (found by way of The Passive Voice) complaining that, since Amazon sells H is for Hawk, a $26-list-priced hardcover, for $15.60, that must be an anti-trust violation.

"It’s so galling," said Betsy Burton, president of the American Booksellers Association, who has run The King’s English Bookshop for 37 years. "They are using books as loss leaders to sell more — I don’t know — washing machines. Amazon sees books as products. I’ve never thought of books as products."

So she sells "H is for Hawk" for $26 and hopes the consumer is willing to spend more.

Which is funny, because if you look up “product” in the dictionary, the definition you get is “an article or substance that is manufactured or refined for sale.” How does that not apply to a book in a bookstore—or, for that matter, any store? I notice that H is for Hawk is sold for $15.60 on Wal-Mart’s web site and $15.91 on Barnes & Noble’s but nobody seems to be complaining about them.

Of course, as I just noted in the roundup, if that bookstore isn’t able to sell H is for Hawk (due, perhaps, to an online dealer having a better price), it can simply ship it right back to the publisher for all its money back. (Then the publisher might turn around and sell it at reduced prices to an overstock dealer, but not pay the author anything for that sale.)

Is this what we’ve come to now? A company marking a product down because it can afford to is an “anti-trust violation”? And let’s also remember that the book the WaPo is talking about here is a hardcover, but the article then turns right around and jumps to e-book pricing when it talks about European Commission anti-trust investigations.

Then there’s another article, on Salon, in which Scott Timberg (I mentioned him the other day) interviews Authors United leader Douglas Preston about AU’s anti-trust complaint against Amazon. (Preston, you will recall, is the author who complained about his readers’ “sense of entitlement” when they had the gall to want e-books sold un-windowed for $9.99.)

Preston compares Amazon to Western Union and Standard Oil, holding that their profit-maximizing behavior has damaged the publishing industry. He trots out the old saw that Amazon isn’t making much of a profit, and when it needs to make a real profit, who is it going to put the squeeze on?

If you want to read a point-by-point rebuttal of Preston’s interview, Joe Konrath has fisked it at great length on his blog, complete with a quote from former TeleRead editor Paul Biba. Suffice it to say, Preston is continuing to double down on his opinion that Amazon is dancing around all over the publishing industry like an elephant pressing wine, and it needs to be stopped.

Kristine Kathryn Rusch looks at all this and sighs, and wishes that someone would address the real issue at hand—transparency, or the lack thereof, in the publishing industry. She notes that recording artists are demanding transparency concerning streaming revenues, and wonders why the same thing isn’t happening in the publishing industry rather than everyone ganging up on big bad bogeyman Amazon.

I imagine all this will probably blow over in a month or so. Maybe the Justice Department will make some sympathetic noises about investigating Amazon, or maybe it won’t. Either way, it already checked into Amazon once, during the run-up to the anti-trust trial, and didn’t find them to be doing anything wrong then. It’s still the same administration, so it’s hard to imagine things won’t shake out the same way. But at least Authors United gets to make more noise and get more attention along the way.