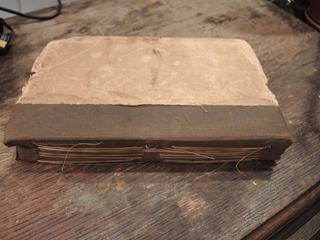 Many years ago, I was part of a science fiction club cum writing circle. Everyone was young, barely out of adolescence, and with the cockiness typical of the age, we all dreamed of one day being successful writers, despite the fact that none of us had more than a few brief years of practice at the time. Indeed, we were still learning the basics of the craft, with results ranging from the pathetic to the potentially promising… for the distant future. Most interesting was the contrast between the goal of most members, which was to become professional authors one day, and the attitude they had towards any writing that was remotely salable—a dismissive term condescendingly used to mean, “sure, this stuff is actually readable for a change, but it’s not real literature, you know”. But the biggest disagreement I had was with those who thought an author’s most important skill was to get accepted by publishers—in other words, to sell their own work, regardless of quality or content. That baffled me. How does one expect to become a writer and not have a deep love for the art and craft of the written word first?

I still don’t know. It took me another ten years of practice from that point on before I could write well, a process made harder by switching to English halfway through — my third language. Five more years after that, and I still can’t seem to sell more than the occasional copy. And you know what? Living my childhood dream is totally worth it anyway. Most of the former club members I never heard from again. A few found a measure of success as translators or journalists. None ever became known for their fiction, sci-fi or otherwise, outside of a tiny circle. While the readership for some of my stories dwarfs a typical print run in 2016 Romania. So forgive me if I scoff when a white-haired editor tells me I’m not a real writer because I didn’t go through a traditional publisher.

What does all that have to do with Amazon? Well, for all they claim to be strictly a retailer, they act like a publisher in many ways:

Worse, Amazon is frickin’ huge. And that’s bad for you. Why? Look at it this way: I struggle to get noticed on itch.io, a platform with like 30K titles as of this writing (March 2016). Despite my advertising efforts, I’m completely invisible on Smashwords, a distributor with less than half a million titles. And you think readers will somehow find you on Amazon? Good luck with that! I prefer to retain my independence, market each of my books in multiple venues, and use generous freebies to drum up interest. I never signed an exclusive deal even in my days as an IT columnist (a very short-lived career), choosing to not get paid rather than lose control over my own work. And you know what? I always got paid. You see, smart publishers know that loyalty is stronger than chains…

This is what Cory Doctorow calls “the dandelion strategy”: since it’s so easy to make lots and lots of seeds (read: digital copies), why not let them fly with the wind wherever they may. Some of them are bound to find cracks in the asphalt and grow into a new plant, each thriving on its own little patch of dirt. Not all of them will. So what? You can always make more attempts, at negligible cost. After all, the only way to lose a sale is to not have your product available where the buyers are. And guess what, I don’t have an Amazon account. (Don’t ask why. It doesn’t matter. Personal reasons.) So if you took the bait and went exclusive, I can’t buy your book. You’re gonna say I’m just one buyer. But… What if I’m not the only one? Are you so sure Amazon alone can bring more wallets to your stuff than all the rest of the Internet put together?

Besides, there’s always the satisfaction of making not just my own e-books and covers—17 years of digital art on the side are paying off big time these days—but also stranger things like turning my flash fiction into typographical posters, that canned solutions can’t possibly account for. Who knows what will work. And if I didn’t like to do it myself, why would I, you know, self-publish? This is the punk ethos: do it yourself, pour your soul into it and embrace the little faults because they’re what makes art genuine.

Your own answers are likely to be different. But please, think about it. At least now you have the choice, unlike 15 years ago, and that’s precious.