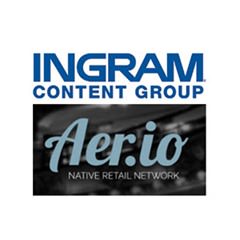 The Bookseller reports that book distributor Ingram has acquired direct-to-consumer service Aer.io. It also has an in-depth interview with Aer.io founder and chief executive Ron Martinez in which he talks about what the acquisition might mean for Ingram, Aer.io, and the publishing industry as a whole. It’s interesting reading, though it takes a little while to understand it.

Effectively, Ingram and Aer.io complement each other very well. Ingram built its business on distributing books from publishers to bookstores, adding some additional flexibility with its Lightning Print print-on-demand division. Aer.io, on the other hand, is about letting publishers, retailers, and authors sell books and e-books directly to consumers, using Aer.io’s warehouses—so you could say that Aer.io is itself a distributor of sorts, but with different sources and destinations.

Aer.io apparently plans to continue in operation under its new owner—this isn’t one of those Google-style acqui-hires where the smaller company goes out of business so the bigger one can incorporate its stuff into their own products. Martinez explains that it’s more of a symbiosis. Now Aer.io will be able to make use of Ingram’s facilities, and Ingram will gain a way to serve additional classes of customers and clients.

Although Martinez never comes right out and says so, it seems to me that this move is effectively about better ways of competing with Amazon, both for the authors and publishers Aer.io services, and for Ingram. Ingram offers a number of services that compete with some Amazon’s, most notably its Lightning Print/Ingram Spark print-on-demand self-publishing service versus Amazon’s CreateSpace. And Lightning Print ended its distributor relationship with Amazon and other wholesale distributors last year.

This is certainly going to be good news for publishers and authors who object to Amazon’s domination of the industry, as it brings Ingram’s power and reach to Aer.io and Aer.io’s customer base to Ingram. The overall effect that will have on the marketplace remains to be seen. 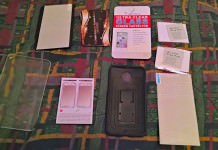