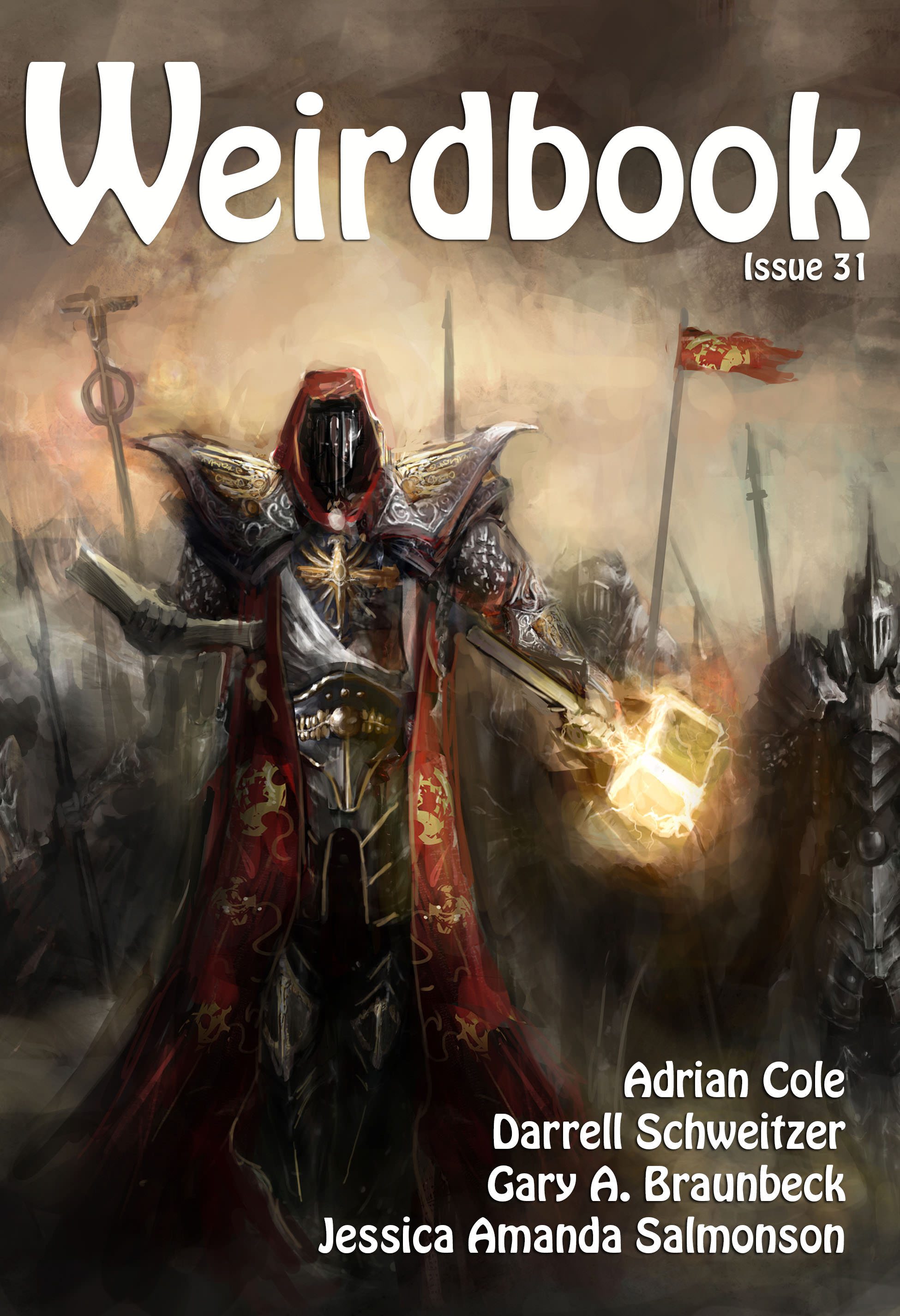 Weirdbook Magazine is one of the legendary titles of the science fiction/fantasy New Wave, and recently was revived in the capable hands of Douglas Draa. After a brief brush with controversy, the famous name found a committed publisher in the shape of Wildside Press, and Weirdbook Issue 31 is a rebirth of the celebrated journal in volume form.

Weirdbook Magazine‘s original call for contributions emphasized the diverse and unfamiliar – “original (no reprints) well-written weird stories. Our tastes are broad and we are looking for any of the following: fantasy, dark fantasy, sword and sorcery, ghost, horror, heroic fantasy, science fantasy or just plain odd.” The outcome more than delivers.

If the final selection shares a common thread, it’s a finished, self-contained quality that allows each story to stand alone, in its style and even its mythology. Some stories do venture into the more familiar Lovecraftian, such as “The Music of Bleak Entrainment” by Gary A. Braunbeck, but they do so very effectively, sauced with a liberal dose of originality. Some are just a shade pulpy in the best Weird Tales sense, which essentially means very witty and entertaining, Adrian Cole’s “Give Me the Daggers” being a standout example. Quite a few are witty, like Gregg Chamberlain’s “Missed It By That Much”; others create their own carefully crafted traps, like Christian Riley’s “Into The Mountains with Mother Old Growth” or Paul Dale Anderson’s “Dolls.”

This closed-box quality is essential to tales like “The Grimlorn Under the Mountain” by James Aquilone and “Zucchini Season” by Janet Harriett. Some indeed are brief enough almost to count as flash fiction, and certainly delivery a pretty abrupt punch. It’s actually a very generous compilation in terms of quantity as well as variety, with 19 stories and 8 poems or poem-cycles. In fact, there’s a considerable share of dark and weird poetry, including some “Sonnets of an Eldritch Bent” by W. H. Pugmire.

“One of my major criteria for accepting stories into Weirdbook is that they satisfy,” states the editor in his introductory note. “This is a reader’s magazine and not a critic’s.” Readers and critics alike should find plenty to enjoy here, though. The production values are also high, with a number of fine illustrations. Doug Draa writes: “I’ll now be filling issue # 32 thanks to the amazing response and incredibly high quality of the submissions!” and if Weirdbook Issue 32 maintains the same standard, we could be at the start of a very distinguished run.