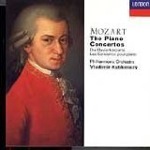 In January 1773, Wolfgang Amadeus Mozart placed advertisements asking patrons to “subscribe” to the three piano concertos he was writing. If he received enough support, the concertos would be finished by April, and subscribers would receive beautifully copied manuscripts. More importantly, they would have the pleasure of supporting the creation of a great work, which would be performed around the world. The resulting concertos, K413-415 are today considered important works, but it took quite a long time for Mozart to gather enough subscribers.

This old model for publishing was modernized with the addition of cryptographic assurance layers by cryptographers John Kelsey and Bruce Schneier, who started their examination of intellectual property business models with a deep pessimism about the long-term technical viability of digital rights management systems. Kelsey and Schneier dubbed their system “the street performer protocol” in tribute to a friend who friend who had travelled Europe earning money with bagpipe performances. Presumably, the friend found that he could earn more money by passing the hat before or during a performance rather than after.

Street Performer Protocol is a fund raising method designed to support the free release of a creative work. The creator agrees to release the work only after a threshold amount of money is pledged by supporters. For this reason, the method has been termed a “threshold pledge system“. Kelsey and Schneier describe how a third party, who they term the “publisher” can provide supporters with a layer of assurance that the creator will live up to his end of the bargain if the threshold is reached; otherwise, pledges are refunded to the supporters.
Another term that has been used for systems of this sort is “ransom publishing”, which is particularly apt when an author gives away the first few chapters of a novel, but holds the rest of the chapters hostage until a suitable ransom is paid by readers who want to read the cliffhanger ending.

Somehow I doubt that a cryptographic assurance layer would have helped much with Mozart’s concertos. Nor do I think that Mozart would have had much success giving out the first movement before asking for contributions.

What might have helped Mozart a lot, however, would be a market.

Markets function by bringing together many buyers, many products, and many sellers. If Mozart had been able to offer subscriptions to every music lover in the world, and those music lovers had easy access to all the composers in the world, Mozart would have been a very wealthy man.

Web sites that attempt to create markets for creative work around threshold pledge systems are definitely a trend. Kickstarter is perhaps the best example- They provide opportunities for creative people to solicit support for worthy projects. In many cases, the creators provide benefits for people who have supported their work. Another example is FashionStake, a website which lets ordinary people support fashion designers by pre-ordering designs before they hit stores. Supporters of successful projects thus get special access and special prices for the latest designs from the world’s top designers.

Kickstarter and FashionStake share several characteristics. The number of projects available for support is not huge; there are selection filters that have a side effect of preventing significant competition between projects. Also, there is an assumption that projects will not be executed if the threshold funding is not reached. The incentive to keep the threshold price low is that projects priced too high will not achieve their support threshold, and thus won’t receive any funding at all.

I’ve been thinking about how to apply threshold pledge systems to the sponsorship of open access for ebooks. I believe that with some modest but essential innovations, a sort of threshold pledge market could become a powerful economic force in many segments of the ebook business.

The first innovation would be to create a market that covered ALL books. According to the Google Books team, there are over 100 million books that can be identified in the world; a relatively small fraction of them are out of copyright, and an even smaller fraction of them are available as open-access ebooks. Why not let people sponsor any and every book they cared about?

Note that these books have already been written and published, so the sponsors are not being patrons of artistic creation, as in Kickstarter, FashionStake, and Mozart’s concerto subscribers, instead, they are posting a reward for conversion to open access. It’s wrong to think of this as “ransom publishing”- a parent doesn’t kidnap their own child! A better way to think of it is posting a “bounty” for the delivery of the ebook into a Creative Commons compatible license.

A second innovation follows from the first. If you allow the posting of a bounty on any book, then a lot of books will get only minimal sponsorship. Many of these books may be “orphans“, without known rightsholders for the public to purchase ebook rights from. The only way to keep sponsorship dollars from sitting unused is to allow them to be posted to many books at once. The first book to claim a bounty would take home the money.

None of this will work if sponsors don’t get something for their money. It seems to me that the released ebooks should include some sort of recognition text, but maybe just loading the sponsor’s devices automagically with released ebooks would be enough. Given some format validation, the released ebooks would slide easily into Google Books, OpenLibrary, Feedbooks, other places- LibraryThing, GoodReads, WeRead, GetGlue and devices/apps- Kindle, Kobo, Nook, iBooks, Ibis Reader. Perhaps most importantly, the released ebooks could be curated and preserved by libraries around the world, something that can’t happen properly with today’s copyright system. That alone would be enough to get me to participate.

Mozart would approve, I think.

Editor’s Note: I’m pleased to welcome Eric Hellman to TeleRead. ﻿ Eric is a technologist, entrepreneur, scientist and writer. After 10 years doing research at Bell Labs, he founded Openly Informatics, a linking technology business that was acquired by OCLC in 2006. Over the last year, he has been blogging about ebooks, libraries, and technology at Go To Hellman. PB