What is it with the new media that makes old companies think they need to change to having new and funny names? Google rebranding to Alphabet was funny enough, but now the Tribune Publishing Co. has decided to change its name to Tronc (or, rather, “tronc” with a lower-case “T”).

The Marketwatch piece announcing the change is sufficient to fill out half a buzzword bingo card all by itself. The company vows to

focus on turning itself into a “content curation and monetization” company that creates and distributes “premium” content. “Our transformation strategy … is focused on leveraging artificial intelligence and machine learning to improve the user experience and better monetize our world-class content,” Chairman Michael Ferro said in a statement. “Our rebranding to tronc represents the manner in which we will pool our technology and content resources to execute on our strategy.”

I’m having flashbacks to “Weird Al” Yankovic’s “Mission Statement.” Do these people have no self-awareness whatsoever?

Tribune Publishing (not to be confused with Tribune Media, which spun the publishing arm off in 2014) publishes some of the United State’s best-known papers, including the Chicago Tribune, Los Angeles Times, and Orlando Sentinel. It’s the third-largest newspaper publisher behind Gannett (who recently attempted a hostile takeover, but Tribune was able to fend off) and The McClatchy Company.

And now it’s renaming itself “tronc,” which sounds like an utterance from a brontosaurus with a cold. (Or, as The Verge puts it, “the sound of a millennial falling down the stairs.”) Apparently it’s supposed to stand for “Tribune Online Content” (or “tribune online content,” whichever the case may be). And certainly, as a made-up word, it’ll be a lot more defensible trademark than “Tribune” would have been.

But still, all that gobbledygook that seems to come right out of that “Weird Al” song suggests to me that the company has lost its way—perhaps symptomatic of the newspaper industry as a whole. Does anyone even understand phrases like “pool our technology and content resources to execute on our strategy”? They’re apparently just talking to other executives, to whom I guess that kind of language means something.

As nearly as I can make out, this company that runs ten well-regarded newspapers is talking about getting into curation instead. Why? They’ve already got content of their own, why do they need to curate someone else’s? Or are they talking about “curating” their own content? Shouldn’t they be doing that already? (It’s called editing.) I keep reading and rereading that passage trying to make sense of it and my eyeballs just keep sliding off.

tronc. Really? I suppose it makes about as much sense as anything else the newspapers are doing to try to stay alive these days. I hope the last newspaper out the door remembers to turn off the printing presses… 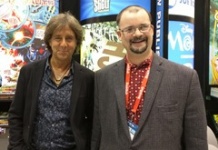 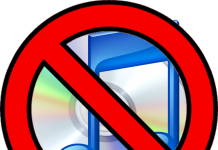