As huge Kindle fans, both podcaster Len Edgerly and I are puzzled why rival Kobo can offer a font-weight slider but Amazon can’t. Even a “bold on / bold off” switch in the software would be welcome.

Granted, the wishes of customers, not the ways of competitors, are mainly what drive Jeff Bezos and others at Amazon. Len correctly made such a point on this weekend’s Kindle Chronicles podcast while still agreeing with me on the need for an all-text bolding option for the Oasis and other Kindles. But yes, by the customer-satisfaction criterion, too, a-t bolding capability should be at the top of the list of tweaks for the next major firmware updates for Amazon e-readers and tablets. Check out Len’s podcast, about 11 minutes in, for the details.

Also AWOL on current Kindles: The ability to install your own fonts—bold included

That’s not all. This weekend I ran across an item in The Digital Reader. It pointed to some MobileRead posts, and they in effect remind us that Kobo offers another big typographical advantage over the current Kindle line, even the $290 Kindle Oasis. You can install your own fonts. Here’s how on an E Ink Kobo:

That’s it! Then use the font menu within a book—you know, the Aa—to see your new fonts in action. You can even install Huerta Tipografica‘s font optimized for E Ink. Another E Ink-friendly possibility would be Isidore.

What a contrast to Kindles! Yes, maybe you can install your own boldface fonts or others via a hack. But then Amazon may wipe out your work via the next operating system upgrade. This is more than a little disappointing for a company that prides itself on a customer-centric approach.

I know. Some might argue that Amazon will need to spend more on customer support. But would that really bankrupt the company? In terms of customer satisfaction, in fact, the cost would be highly justified. The kind of person who cares about details like fonts might well be like me—a steady buyer of Amazon books. Beyond that, keep in mind that Amazon is demanding $290 for the Kindle Oasis e-reader. Wouldn’t tolerance of third-party fonts be one way to justify a price that is more than double that of the Paperwhite’s?

Lest you wonder if Amazon frets about people messing with USB connections and what-not and screwing up their machines, bear in mind that this is one of the ways you can update software. Here’s an example. Maybe technical reasons are still why Amazon won’t let users install their own fonts. But I am skeptical. And so I hope that Amazon VP-Devices Neil Lindsay and Amazon Lab 126 VP Chris Green will reconsider. 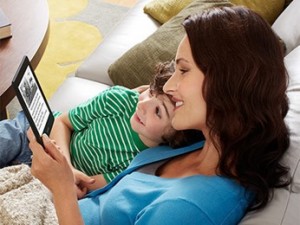 I myself would love there to be clear and meaningful accessibility laws for e-readers—I doubt they would be a burden on Amazon if written well. Amazon probably would still disagree on the need for any legislation. But here’s a friendly reminder for Jeff Bezos, Neil Lindsay and Chris Green. The longer you resist efforts to make Kindles more accessible—whether through bold options or user-installed fonts—the greater the chance that these laws will happen. Especially if you sell actual devices in a big way to K-12 schools, following your massive nonhardware contrast with the New York City schools. On top of that, you even bill the Kindle line as the “Official E-reader of the National PTA” and use the above image to reinforce the endorsement. You’re right in the bull’s-eye. The accessibility issue is really an ability-to-learn issue.

Unhobbling Kindles and Fires, so people could install the fonts best for their own needs, would be a good cheap way to show flexibility and reduce the chances of legislation—just as would the on/off bold option or the slider. 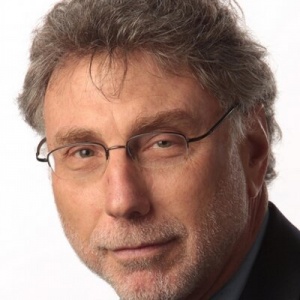 Meanwhile I’m going to see if the Bezos-owned Washington Post will cover the Kindle accessibility issue. I’ll e-mail the office of Executive Editor Marty Baron (photo). In the past I have not succeeded in convincing Post technology writer Hayley Tsukayama to care about the absence of text to speech (TTS) from recent model Kindles.

In the case of TTS, some would assert that the trade-offs would be too great in terms of weight or size (that remains to be seen, especially with the possibility of permitting audio via Bluetooth links to external headphones to eliminate the need for speakers or a headphone jack). But I doubt there would be major complications in allowing for an all-bold option, whether through a software switch or by tolerating the installation of third-party fonts. Baron and Tsukayama will do Post owner Bezos a favor, and show journalistic integrity worthy of a Pulitzer-winning newspaper, if they can cover Kindle accessibility issues in a fair-minded way and perhaps prod Amazon into action simply by not ignoring this very legitimate news story.

The perceived contrast issue especially affects people of a certain age who are less sensitive to text-background contrasts than younger people are. Not all older people have problems. But many do: I’m one. Same for certain K-12 kids. I’ll keep at it, and meanwhile, if you want freedom to install your own fonts on the Kindle and also enjoy a bold switch or font-weight slider, you can write jeff@amazon.com.

Jeff Berzos has long told of his intense personal interest in the Kindle and in reading. That is why the top photograph in this post shows a Bezos picture rather than simply one of an Oasis or other Kindle (beyond my wish for variety and my desire to show people, not just gadgets, at the top of TeleRead’s home page). Similarly keep in mind that the Washington Post is available on both Kindles and Fires, and I’d hope that Marty Barton would care about all-text bolding options and other readability issues of this kind (even if others would make the business and technical decisions). What will it take? Maybe the Pulitzer board needs to add a new category—a Pulitzer Prize for accessibility.

Related: Gold-plated $290 Amazon Kindle Oasis: Less screen contrast than $120 Paperwhite, one of my earlier TeleRead posts on the contrast topic. Hey, no jihad against the Oasis! I’m eagerly awaiting my own and sharing tips with others excited about the device. But I’d endlesssly appreciate Amazon offering me more value in the Oasis than it does now due to lack of all-text bolding options or the ability to install my own fonts.

(Information on the MobileRead posts and the E Ink-optimized fonts found via The Digital Reader.)