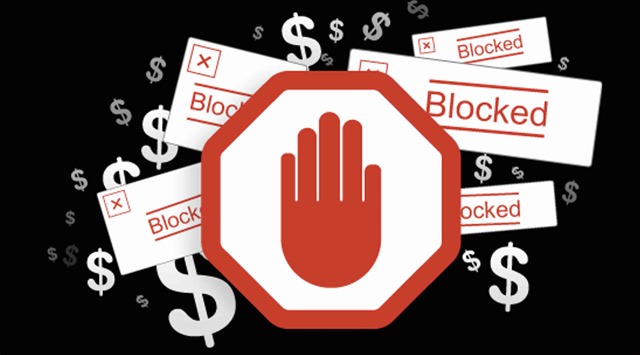 Doc Searls (or, rather, his wife) has come to the conclusion that ad-blocking is a boycott. We don’t usually think of it that way, but upon consideration, he’s right—it’s a concerted effort of web users to stop doing business with someone who annoys them. As I’ve said before, attempts to organize boycotts usually fizzle, but this is a boycott that grew naturally out of one irritated consumer at a time. Which really makes it all the more impressive—just how irritating do you have to be to tick off literally millions of people to the point of making them go out and install new software?

Searls has a series of posts on his blog going deeper into detail on what adtech is that are well worth reading for a deeper understanding of the issue, but you kind of don’t need that much detail to get the crux of the problem.

Meanwhile, Ad Exchanger notes that the Interactive Advertising Bureau has been speaking out against ad-blocking tools lately, but there’s an important point it seems to be missing:

“Profiteering software and hardware developers,” as [IAB CEO Randall] Rothenberg called them, might be the ones creating the tools that enable blocking, but consumers, regular people, are the ones opting to turn them on.

The IAB Tech Lab is launching an Ad Blocking Working Group, and is distributing code that web sites can use to detect ad-blockers in use so they can tailor a message to people asking that they whitelist their site.

Some sites are responding in other ways. Techdirt is actually giving users the ability to turn off seeing advertising on their site, period. Mike Masnick acknowledges that this will cost them some revenue, and entreats readers to support the site in other ways. He also has some choice words for the IAB, who is considering suing users, or others, like the Washington Post, who simply block access to readers who use ad-blockers.

We’ve even been approached by multiple companies who claim to offer a form of ad blocker blocker, that will either insert new ads even when users have ad blockers, or otherwise pester users with ad blockers turned on.
This seems like the exact wrong approach. It’s somewhat reminiscent of the way the RIAA and MPAA reacted to the internet challenging their business models. Rather than listen, recognize what the public wanted and adapt, they whined, screamed about ethics and went to court. And how’s that worked out for everyone? We’ve always said that those who adapt to these challenges are likely to do better, and part of that means actually listening to your fans and helping them do what they want. So that’s what we’re doing: if you choose to disable ads, you just need to go to your preferences and click a button and that should do it.

It seems to me that there’s a lot of recognition in the industry right now that ads annoy consumers, and the industry should work out some way to be less annoying, but what I’m not seeing right now is a lot of movement toward actually belling that cat. Industry groups like the IAB should be taking the initiative in figuring out how to shut adtech down and bring advertising back toward being halfway respectable, and then hope they haven’t annoyed too many people into never wanting to see any ads ever again.

Instead, they seem to be considering blocking ad-blocking readers from viewing content en masse, or even outright suing the ad-blocker companies. The sense of entitlement here is palpable, just like the time that broadcasting exec grudgingly admitted that “there’s a certain amount of tolerance for going to the bathroom” during TV commercial breaks.

And it’s not as if blocking ad-blockers is going to help. If you get in a tech war with your customers, your customers are going to win. You may have money, but if you tick enough people off, they’ll figure out how to hack around your anti-ad-block countermeasures for no other reason than that they’re really annoyed with you, and annoyance is a lot stronger motivator than mere money. You can’t win that way.

At least some of the site operators that rely on advertising recognize this fact:

“We need to try and solve the things that are annoying to our audience, whether it’s seeing too many ads or messages that make the page load too slowly or ads that take over the page,” [Elfster CEO Peter] Imburg said. “We need to solve those problems so ads become a feature of sites in the long tail – and not just an annoying way to generate revenue.”

So, the ball’s in your court now, IAB. The next move is up to you. But pardon me for not holding my breath…