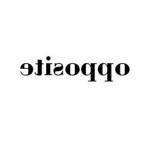 Editor’s Note:  I’m pleased to welcome Eric Hellman to TeleRead.  ﻿ Eric is a technologist, entrepreneur, scientist and writer. After 10 years doing research at Bell Labs, he founded Openly Informatics, a linking technology business that was acquired by OCLC in 2006. Over the last year, he has been blogging about ebooks, libraries, and technology at Go To Hellman. PB

Online piracy of ebooks has been a persistent worry for book publishers who look at the successes and failures of other media that have moved to digital forms. A surprising number and variety of ebooks are easily availabile on file sharing websites and peer-to-peer networks that use bitTorrent and similar protocols. The possibility that this availability will cut into sales of licensed ebooks and even print books is a scary one for an industry that has had many decades of relative stability. At Digital Book World in January, Brian Napack, President of Macmillan, “delivered a passionate call to arms for publishers to fight piracy in the ebook space or risk permanent damage to the underpinnings of publishing as a commercial enterprise”.

Adding to the ebook piracy hysteria have been studies of the prevalence of ebook piracy produced by Attributor, a company that sells anti-piracy services. I’ve previously written critically about Attributor’s report that purported to find evidence that “Online Book Piracy Costs U.S. Publishers Nearly $3 Billion“.

In their most recent report, Attributor has taken a rather clever approach to the measurement of ebook piracy. Instead of trying to track downloads, Attributor has begun to use Google Trends to gain an understanding of consumer demand for ebooks. Although there are many potential difficulties in using Google for this purpose, Google Trends is a powerful and useful tool for gaining insight into the things that web users around the world are looking for.

Attributor presents their data along with an alarming narrative of growing and pervasive ebook piracy, and points to the iPad as a contributing factor to an increase in demand for pirated ebooks. After playing around with Google Trends for a while, I’ve come to the conclusion that Attributor has narrowly selected data to fit their narrative; taken as a whole, Google Trends data broadly supports a rather different narrative: that the growth of consumer interest in pirated ebooks slowed significantly in 2009 and stopped in early 2010.

To understand how Google Trends informs the debate about the prevalence of ebook piracy, it helps to understand what activity is being measured. Google Trends measures the frequency that search terms are used. A consumer looking for a free copy of a particular work will typically search on the book title, adding terms like “free” or “download” or “pdf” to locate downloadable files. A more sophisticated strategy, one that is quickly learned, is to add the name of a preferred download site. If the user prefers peer-to-peer networks, the word “torrent” can be added to locate “seed” files for the item. The file sharing sites most commonly used for this purpose are currently RapidShare, Megaupload, 4shared, and Hotfile. To use Google trends to measure the demand for a pirated ebook, you give it keywords that reproduce these searches. For example, demand for Stephanie Meyer’s book Breaking Dawn can be assessed with a query such as this one.

To assess the overall state of ebook piracy, I used data from this query. Note that since the search is for ebooks generically, there’s no telling for sure that the ebooks being searched for are really pirated; for the purposes of this study, I assumed that none of the ebooks being searched for are legally available on these sites. Calling them “pirated books” may be inaccurate, but I’ll use that term anyway.

Some features of the data are immediately apparent. First of all, searches for pirated ebooks have increased a great deal over the past 5 years. It’s worth noting however, that the most intense interest measured by Google occurs in India, the Philippines, Indonesia, Vietnam, Malaysia, Singapore, and eastern Europe. Less than half the search volume comes from the US. It’s also easy to see seasonal peaks that obscure the shorter term trends. The peak periods for pirate ebook seeking are the December holidays and the beginning of September, presumably because of the start of school.

To eliminate seasonal variations, I computed the year over prior year growth of pirate ebook search activity. The resulting plot is quite smooth. After a few years of 100% per year growth, 2008 showed a clear slowing of growth. This slowing of growth continued up to the beginning of 2010, and then flat-lined. Since February of 2010, the growth of interest in pirated ebooks has stopped completely.

It should be noted that this stabilization has occurred during a period of strong sales of ebook reader devices, including Kindle, Nook, and the iPad. Indeed, the unveiling of the iPad was coincident with the stabilization of demand for pirate ebooks.

It’s hard to know for sure what’s happening, but one interpretation of these patterns is that a broad increase in consumer-friendly availability of properly licensed ebooks over the last 2 years has squelched the growth of demand for ebooks from illicit sources. In that light, the remaining demand can be interpreted as a sign of poor availability for appropriately priced ebooks on college campuses and in developing countries.