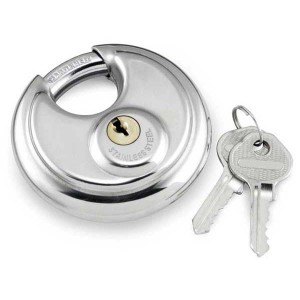 As I’ve watched the e-book market develop, I’ve gradually lost a good deal of patience with the argument that DRM is the thing keeping people locked into the Amazon Kindle ecosystem. The latest example to pop up comes via Cory Doctorow’s latest column in The Guardian (found via BoingBoing). Doctorow feels Hachette is hoist by its own petard because of the DRM it insists Amazon (and the other e-book stores) use.

It’s an old, old argument. And make no mistake, I don’t like DRM myself and would be just as glad if it all went away tomorrow. But Doctorow is selling the abandonment of DRM as some kind of panacea that will restore balance to the e-book market. The thing is, I don’t think that’s true.

As I’ve said before, the real thing keeping customers locked to Amazon is the sheer convenience of being able to tap once and make an e-book magically appear on their device. Even sideloading Baen’s DRM-free Mobi files turned out to be beyond so many Kindle owners that eventually Baen had to throw over its entire way of selling e-books in order to get them into Amazon’s store where more people would buy them.

What reason is there to believe that, if DRM went away tomorrow, these Kindle owners wouldn’t simply continue buying from Amazon? You can sideload public domain titles from Project Gutenberg easily enough, but you still find plenty of 99 cent public domain e-books available from the Kindle store.. I’ll bet most Kindle owners don’t even know what DRM is.

I’d be quite happy if publishers stopped using DRM, and I think it would lead to a healthier e-book market in the long term, but I don’t think it’s an immediate magic bullet. I don’t think most people in the publishing industry do, either. Which means that people who make those claims just aren’t going to get much traction.

Update: Laura Hazard Owen says much the same thing on GigaOm. The Doctorow article is also seeing some discussion on The Passive Voice.