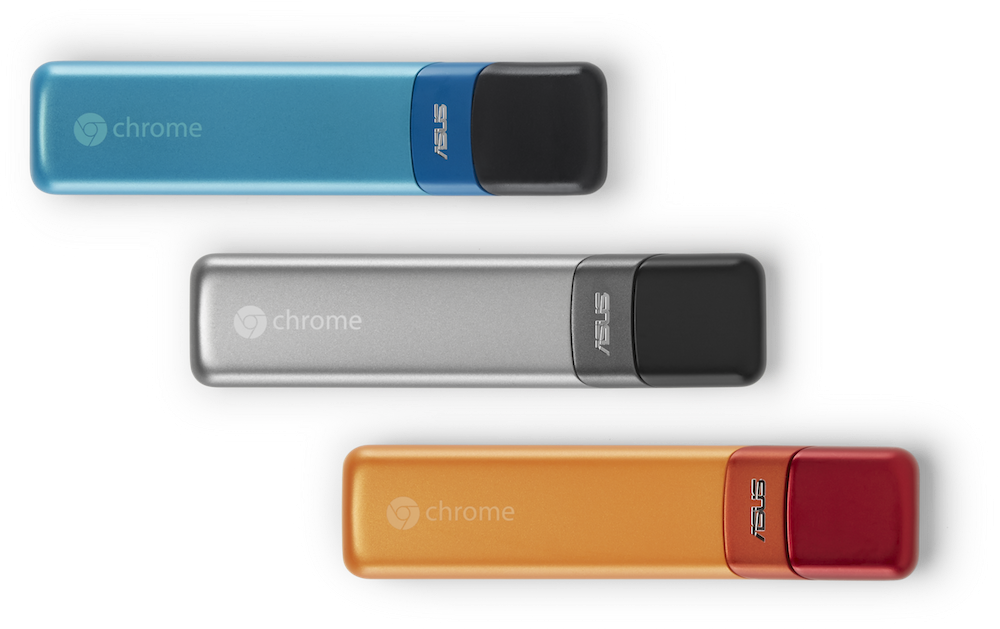 Google and its hardware partners have been announcing and rolling out a series of new spins on its Chrome OS that make it even more persuasive as a multi-format dirt cheap platform. Not only is the original stable of Chromebooks considerably expanded, and now even cheaper – there also are other form factor options that could make it even more pervasive.

For a start, there’s the new Chromebooks – some of them ridiculously cheap. “You shouldn’t have to choose between a computer that performs well and one that you can afford,” says the Google announcement. “Today we’re introducing two new devices that meet both criteria: the Haier Chromebook 11 (available at Amazon) and the Hisense Chromebook (available at Walmart). These new Chromebooks are fast, lightweight, have long-life batteries and are available for pre-order today for $149.” The options also include the “ASUS Chromebook Flip. A premium, all-metal convertible … available later this spring for $249.”

More novel, though, is “a new type of Chrome device: the Chromebit. Smaller than a candy bar, the Chromebit is a full computer that will be available for less than $100. By simply plugging this device into any display, you can turn it into a computer.” Yes, it’s the Chrome spin on the now-common PC-on-a-stick, which ironically has mostly gained popularity by using Android as its OS. And the Chromebit is likely to extend the Chrome OS’s popularity in education even further.

“Finally, there’s the option to run Android apps in the Chrome browser through Google’s Android App Runtime for Chrome (ARC), and the ARC Welder extension for Chrome. This is not as yet that compelling, as many of the more basic apps are already available as Chrome apps in the browser’s own Web Store, and for now, ARC Welder can only work with apk files downloaded separately. So the time when users can run every single game and app in the Google Play Store in their Chrome browser is not yet. But more apps are coming, and that is a hell of a prospect.

All in all, then, Chrome is now looking like a very well tricked-out platform. Perhaps a few more tablet options would be good, but doubtless we’ll get those too. And with every type of ereader format, including Google Play Books, available for Chrome, that’s a whole range of reader choices.