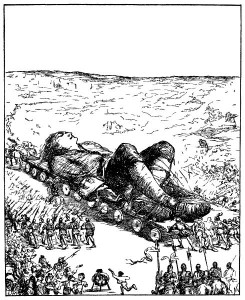 Faced with so much competition from Lilliputians, big publishers aren’t selling as many e-books as they’d like. And guess who’s paying the price? Authors—including some major ones. No wonder the Authors Guild is pressing harder than before to raise substandard royalty rates for writers. If sales are lagging, why not at least go for a fair share of the revenue?

“The fifteen month trend-line for the big five publishers (Penguin Random House, Macmillan, HarperCollins, Hachette and Simon & Schuster), in terms of market share of e-book bestsellers, has been downward,” says The Observer by way of The Passive Voice. “The top companies had 20 percent of the titles in the Amazon bestselling ebook list in February 2014, 19 percent in January 2015 and 14 percent in May 2015.”

One reason the big guys are slipping is said to be high cover prices. Could dogmatic insistence on DRM be a factor as well? Not to mention the crap factor. Is it possible more people would be buying books from large publisher if the quality improved, not just in fiction but in nonfiction, where standards for accuracy are often abysmal?

Traditionally the major publisher publishers have claimed they can move more books, so would writers please shut up about stinking 25 percent royalty rates on e-books? (Sarcasm mode.) Now that argument is becoming shakier and shakier. 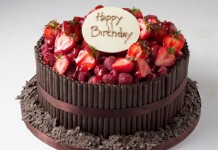