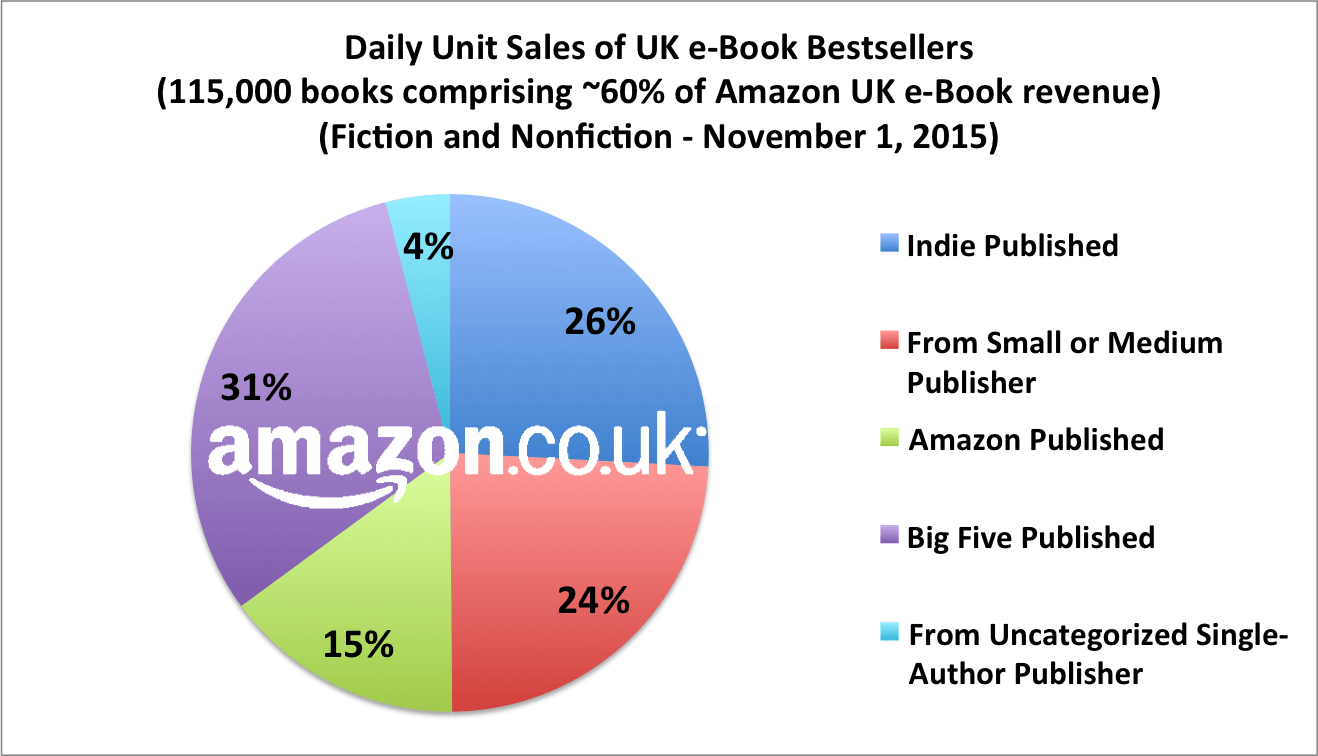 AuthorEarnings has just released another snapshot of the developing e-book market. This time, though, it’s over the Herring Pond to the UK – “currently the world’s second largest market for digital books” – and with reason. “Although the UK ebook market is less than a fifth of the size of the US market in unit sales or revenue terms — Amazon.co.uk still sells more ebooks than any of the non-Amazon US retailers do in the US.”

Significant differences that AuthorEarnings finds between UK and U.S. e-book markets, graphed off Amazon.co.uk data, start with the finding that “books by indie authors make up more than 26% of all ebooks sold on Amazon.co.uk … far smaller than in the US, where indies sell well over 38%.” Some good news, meanwhile, is that “Small/Medium Publishers are doing somewhat better in the UK than in the US,” making up “nearly a quarter of the unit sales in the UK.” Alas, e-book sales from the Big Five “still account for 31% of all ebooks sold on Amazon.co.uk, compared to their 26% US market share.”

There’s a hugely instructive reason for the success of the Big Five in the UK e-book market – and it’s not about domination of a smaller audience. As AuthorEarnings observes – and graphs below – “in the US, under the new Agency contracts, the Big Five publishers are pricing their ebooks far higher in the US than they are actually able to sell them for in the UK .” In other words, Big Five (and your allies and lackeys), agency pricing is killing your sales. Who would have guessed?

Note that this is the closest we have come to an apples-to-apples comparison between an e-book market that operates agency pricing, and one that doesn’t. And you can see the results below. (The contrast in UK pounds sterling, incidentally, is even more dramatic, but for the sake of U.S. readers, I’ve copied the dollar value graph.) 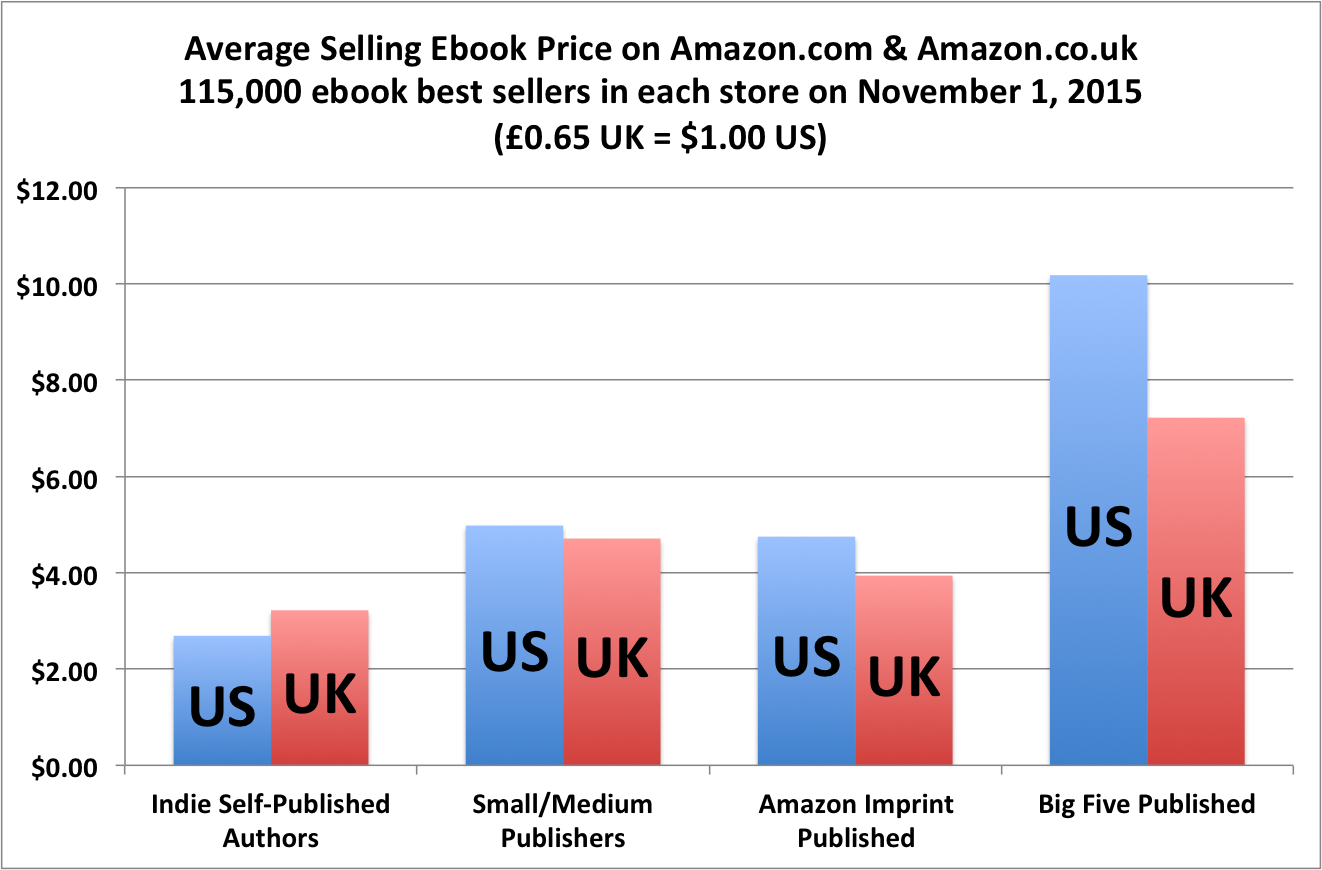 There are many, many other nuggets in this latest AuthorEarnings report. For instance, the news that “an indie ebook best seller in the UK is almost twice as likely to also be a US best seller than its UK-best-selling traditionally published peers.” Or that actual UK author earnings from indie publishing and Big Five titles are absolutely neck and neck at 31 percent of daily revenue to authors on Amazon.co.uk. But it’s the agency pricing finding in the report that’s most stark. Time for a change in attitude, Big Five?

Mind you, there isn’t much sign of change to entrenched UK attitudes in the traditional publishing sector. I’m especially pleased to find that this report seems to have been written without so much of the us-vs.-them negativity that coloured a recent US entry at Author Earnings.,” says Porter Anderson, The Bookseller‘s Associate Editor for FutureBook, in The Bookseller‘s reporting on the report. Given that the same report cites AuthorEarnings saying that U.S. “collective indie ebook earnings long ago surpassed that of all Big Five authors combined,” you do wonder why trad booksellers and publishers, and their house organ, might be a bit miffed, eh?

And you also have to wonder about the rest of the world. As AuthorEarnings remarks, “the ebook markets of China, Germany, Japan, where print book sales are larger than the UK’s — and of France and Italy, whose print book sales are close to the UK’s — are still relatively nascent. Those countries still sell far fewer ebooks than the UK does.” Those first three markets also have far larger populations than the UK. The technology is the same in each case, and people everywhere need to read. So what the hell is going on?