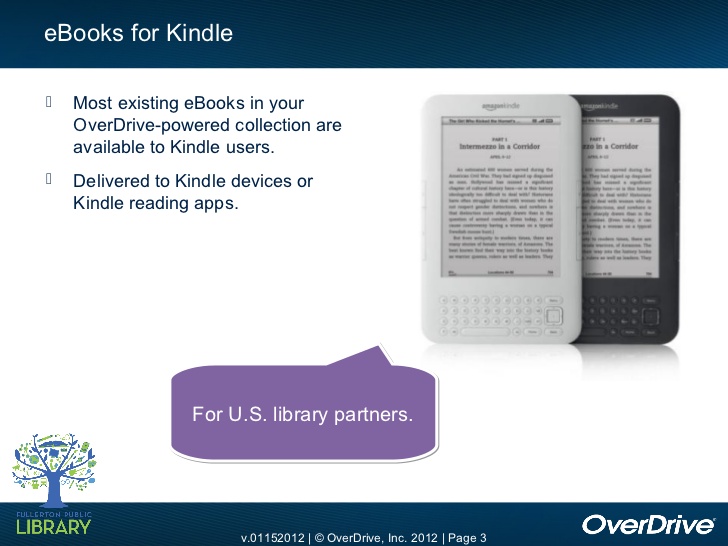 Some disconcerting reports on the KBoards and Amazon forums point to an unsettling trend among U.S. and other public libraries. Posters and respondents report multiple instances of local libraries dropping OverDrive as their ebook lending service provider in favor of the 3M Cloud Library – for cost reasons. The problem is that the 3M Cloud Library requires an app – available for Kindle Fire, but not on e-paper Kindles.

“3M Cloud does not support the Kindle devices so that means I will be unable to get e-books from the library any longer. I don’t want to read e-books on my Kindle Fire since I prefer to read them on my Kindle Paperwhite. I called the local library and they weren’t able to help me,” states KBoards member Sam Rivers. “If your library get 3M and drops Overdrive, you are out of luck. The reason the libraries are doing it is to save money.”

Amazon forums member flipoid adds: “The subscription to 3M is significantly cheaper than a subscription to Overdrive. Easier on the library’s budget.” Another Amazon forums member states: “My library insists it switched to 3M because it’s easier to use, offers significantly more titles and enables borrowers to borrow a maximum of ten books at a time rather than just the six the library was able to offer with Overdrive. Like you, I’m guessing the aforementioned is political double talk for ‘it costs less!'” Some respondents confirm far higher borrowing ceilings with OverDrive services at their libraries, so presumably much of this is down to cost.

Other KBoards and Amazon forum members do mention that their libraries reverted to OverDrive, and in some cases at least, listened to complaints. And as all respondents mention, if you are using your local library’s ebook lending service and are having problems with this, or hear of a service provider change happening, it’s worth at least asking the library to see what’s going on. I’d also be interested to know how many TeleRead readers are facing this issue, or have encountered problems.

It goes without saying that e-paper Kindles are popular primarily because they’re easier on the eyes. Amazon is also apparently throwing effort into support for blind and partially sighted readers through initiatives like VoiceView for the Kindle. It would be a shame if community libraries started to curb support for some of their most challenged readers, as well as some of their most dedicated and committed e-readers in general, purely for cost grounds. How bad a problem is this? Your thoughts and feedback welcomed.

Publisher’s note: Whole Amazon has made progress, it is far from fully committed to accessibility. – DR