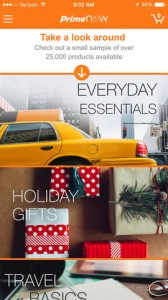 Five Book Culture Heroes of 2014 (Book Riot)
I say this every year, but folks: it’s never been a better time to be a reader. This year, in particular, we’ve been blessed by some incredible people who are making book culture better and more inclusive. So here’s to the book culture heroes of 2014: thanks for your great work. We salute you.
***

EU-Canada Trade Agreement May be Incompatible with EU Law (Techdirt)
By seeking to move “behind the borders”, tackling “non-tariff barriers” that are actually regulations protecting health, safety, the environment, etc., these agreements may interfere with too many core functions of how a democracy works, and be struck down by the courts as a result.
***

Flickr Kills Sales of Creative Commons Prints, Issues Refunds (GigaOM)
Flickr has abruptly ended a service that allowed people to buy canvas or wood prints based on pictures that appeared in its Creative Commons gallery, the photo sharing site announced on Thursday.
***

Amazon Can Deliver a Book in an Hour in Manhattan (The Digital Reader)
Amazon is working to eliminate one of the last differences between books and ebooks: immediacy. On Thursday the retailer launched Prime Now, a service which promises delivery in an hour or less.
***

Kindle Daily Deal; 12 Days of Deals (and others)

A freebie on web writing