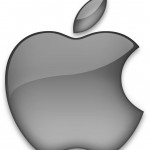 Apple receives Helen Keller Award for its pioneering VoiceOver feature (Cult of Mac)
Organized by the American Foundation for the Blind (AFB), Apple was specifically praised for VoiceOver, the iOS feature which reads out descriptions of everything happening on a device’s display.

This 1990s Guide to Using the Web Is Delightful (Gizmodo)
Once upon a time you didn’t just use the internet, you were a “nethead” who “surfed the web” and “sailed data streams.” This is how we talked about the internet.

TeleRead Take: Yes, there was a time when we needed paper books to tell us how to use the Internet. 🙂
***

Why the music industry is fighting the wrong copyright battle (The Guardian)
On Friday, the high court in London ruled that when you rip your lawfully owned CDs, transfer a DVD movie to a USB-only device, or backup your playlists, consumers are potentially “harming” rights holders.

TeleRead Take: This is silly and several steps backward. In no sane world am I harming anyone by ripping my purchased CDs. Heck, Amazon auto rips some of them for me when I buy the CD. Really, guys?
***

IMAX’s absurd attempt to censor Ars [Updated] (Ars Technica)
On June 16, Ars Technica was contacted by IMAX Corporation. The company said our story required a retraction because it included a brief reference to IMAX—included without IMAX’s permission. “Any unauthorized use of our trademark is expressly forbidden,” IMAX’s Deputy General Counsel G. Mary Ruby wrote in a letter.

TeleRead Take: IMAX subsequently apologized, as they should, but it’s still worth reading for the utter silliness of the attempt.
***

Kindle Daily Deals: A Swollen Red Sun (and others) 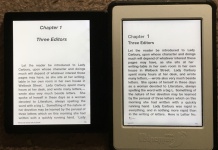 Kindles vs. the elderly: AARP looking into need for all-bold text—and that’s not the only problem 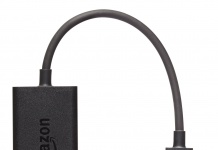 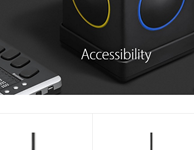 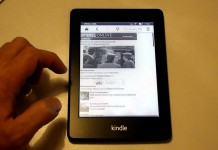 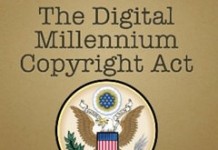