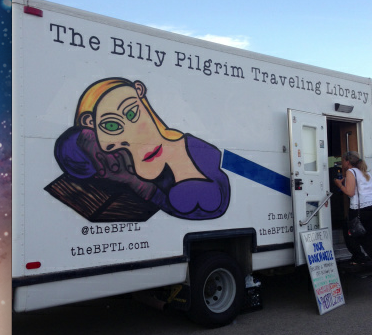 Morgan Stanley Analyst Looks at Amazon Kindle eReader Sales (Good e-Reader)
It is no secret that Amazon keeps all sales data private and never divulges sales data on Kindle Fire and e-Readers. An analyst from Morgan Stanley is trying to crack the code and has some fairly interesting data.

Outsourcing Journalism 101—NewsU’s Experiment Falters, but Signals a Change (Mediashift)
Most journalism professors are probably familiar with the Poynter Institute’s News University, an online training ground of webinars and self-directed courses for media professionals and students. In fact, if they’re like me they incorporate free modules like The Lead Lab and The Be a Reporter Game into their classes. And why not? They are a handy supplement to any Intro to Journalism course.

Bookmobile + Picasso = Amazing (Book Riot)
Say you’re the people behind the Billy Pilgrim Traveling Library. You’ve recently founded a community-building subscription library in Houston. You’ve rescued a bookmobile from an ignominious end in Ohio and brought it back to Texas to house your library, which you’ve named after a character from a Kurt Vonnegut novel.