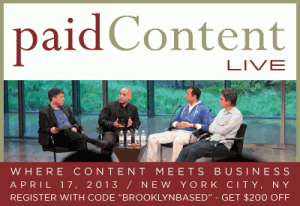 Traditional publishers have not used the word often when it comes to marketing.

But newer publishing companies are using data in a way traditional publishing houses have not, several members of a panel at PaidContent Live said in New York City on Wednesday.

“The old evolution of traditional book publishers used to be very allergic to data,” said Dominique Raccah, the publisher and CEO of Sourcebooks. “What you just heard is a very different approach from that. For us it’s about metadata and surfacing, and then rinse and repeat. Metadata is a new term in our industry.”

The digital age allows companies to get mountains of data, often in real-time. This allow publishers to experiment in marketing and distribution, looking for the best possible outlet for their authors.

In addition, it allows publishers to tweak the marketing campaigns of individual authors, and in the process discovering what works best on the smallest level.

“We look at the analytics a lot and that’s a huge shift in the marketing,” said Rachel Chou, CMO of Open Road Integrated Media. “Our marketing team is really different. Of the 42 on staff, over half are marketing … That is the focus of the company, which is quite different of a traditional company.”

Open Road Integrated Media has used multiple platforms to steer customers toward its products. It has found that StumbleUpon and Twitter work best for what it’s trying to do.

But Evan Ratliff, founder and CEO and Atavist, found different areas of success for his company, which focuses on longform nonfiction. While Atavist sells many multimedia projects directly to consumers, it sells many of its text-based products through Kindle Singles.

Ratliff noted that Atavist did particularly well when Amazon featured its e-singles on the homepage or the Daily Deals page, but that doesn’t stop Atavist from finding new outlets.

“We’re also on a very small level; we’re experimenting with different ways of reaching people and social media,” Ratliff said. “We are putting together projects that often have media elements. We think about ways we can share those elements outside of traditional things a book publisher might do.” 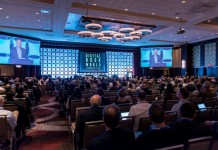