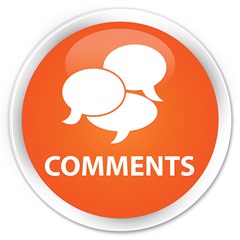 David wrote last month about the arrogance of media outlets dropping their comment sections. Here’s Techdirt with another piece about how outlets continue to drop comment sections because they “just really value conversation,” linking to a Nieman Lab look at seven news sites who had gotten rid of theirs in favor of social media.

I tend to agree with Techdirt here: the thing about offloading your comments to social media is that it frees you (as a publication) from having to worry about pesky things they might say, such as pointing out mistakes in your stories. You can simply just ignore any of that kind of feedback. Sometimes there isn’t even an obvious way to contact the writers of said articles at all.

And speaking as a writer myself, one of the things that drives me crazy about discussions being offloaded to social media is that there’s often not even any way to see what people are saying about you there. It kind of drives me a little nuts sometimes to look down at the social media share icons under my articles and see the numbers next to the Facebook one, because I don’t have any way to find those Facebook shares.

I have no idea what sorts of comments anyone who reshares my articles to Facebook makes when they post them (are they saying “This is really well-said!” or “Geez, what a moron”?), or the replies they get when other people respond. There’s no way for me to find them, either; you just can’t search Facebook that way. And that makes me kind of sad—especially for the really popular articles that get dozens of Facebook shares. I’m happy that people are sharing them, mind you—I just kind of wish I could see what they were saying about me. I gather that Facebook might be providing tools for publishers to locate Facebook conversations about their articles, but I have my doubts that I’d ever get to use those tools.

I’m really happy about our own comment section. Honestly, I wish more people would use it. It’s great to get feedback on what I post. Even when (as often happens) that feedback is someone pointing out where I made a stupid goof. Personally, I’d rather know when I got something wrong so I can go ahead and update the article to fix it. Offloading that kind of discussion to somewhere I couldn’t see them is just plain dumb.

Of course, we probably have it easier than a lot of these other places, because we’re not exactly a high-traffic blog. I wish we were. I wish we did have so many site visitors that we had to contend with an unruly comment section; that would be a great problem to have. Oh well, maybe someday.