One off-the-wall consequence of the sudden disclosures regarding the U.S. National Security Agency’s PRISM digital surveillance program earlier this week was the much-reported spike in sales of George Orwell’s “Nineteen Eighty-Four”—with Penguin Plume’s recent Centennial Edition up almost 7,000 percent on the Amazon Movers & Shakers list for Books, according to some sources. 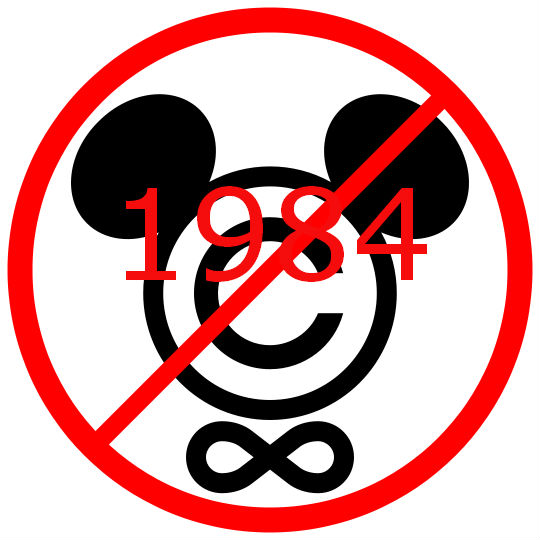 This level of interest proved to be more than just a flash in the pan.

A Plume spokesperson remarked that a relaunch was not out of the question, give the new spate of interest.

But wait: surely some mistake here? Sales? Remember that “Nineteen Eighty-Four” became copyright-free in 2000 in Canada and Australia—and the Wikipedia page on the book links to completely free downloadable editions in both domains. (The University of Adelaide’s edition is especially fine.) For those U.S. readers who still wish to stay within the paid Kindle ecosystem, their edition is here.

As close readers of TeleRead will know, I’ve run round and round my keyboard at tedious length about this before. As well as its other labors in the service of human liberty, “Nineteen Eighty-Four” has now become the poster child for the absurd inconsistencies of global copyright law and the sequestering of knowledge in certain jurisdictions. “Nineteen Eighty-Four” gets bottled up in the U.S. so that America can continue to pay for Mickey Mouse. Meantime, I’d be interested to know what the traffic spikes on the Canadian and Australian “Nineteen Eighty-Four” sites were since PRISM came to light.

I really wonder about how book discovery is supposed to be taking place when people can talk about a sales spike in a product that is available completely for free. The disparity between the jump in print sales and the absence of any proportionate movement in the Kindle figures hopefully could suggest that readers are getting the message at last, though.

And for those who cherish the role of the printed book—no bad thing, by the way—that sales spike could be taken as reinforcing the continuing relevance of printed paper. But why Penguin won’t acknowledge the absurdity of their position and, for instance, throw in a free e-book edition with each print copy purchase, or run a Kindle version at 99 cents and justify the cost by including one of their superb, historic cover designs, I guess Big Brother himself only knows.