The e-reading we do on-line is getting increasingly more fraught. Ads are getting more and more obnoxious and the ad-blocking arms race is continuing apace, but where’s the United Nations-type organization working for peace? According to one web developer, it’s not the IAB.

Poynter.org has an extremely long interview feature with Aram Zucker-Scharff, a web developer who works at Salon Magazine. The other day, Zucker-Scharff became annoyed by a web ad unit breaking one of his pages and went on a lengthy Twitter rant detailing his frustration with the current state of web advertising.

The problem is that web advertising is fundamentally broken. It’s not so simple as just deciding not to serve malicious ads. Publishers have very little control over what goes into ad units on their pages. Zucker-Scharff explains:

Basically the problem is that even when I’ve been in organizations where ad server control, tech development, and editorial all lives in the same office, there is very little that can be done when users start reporting getting hit by a bad advertisement. There’s no way for a developer to go on to a page and see all the ads that have been served, or to block a bad ad they spot in one click. And when a malicious ad gets past the loose controls on a network, it can hit many, many publishers.

Part of the issue is that many web ad sales aren’t direct sales—sales made directly by the publisher to a client. Most publishers can’t place enough ads to fill all their space, so for the remainder, they assign the blank ad space to ad networks. And while ad networks claim they run sort of checks to block out malicious ads, enough get through anyway that it seems whatever they’re doing isn’t very effective.

Exacerbating the issue is the way that sales operations and technical operations are often handled by entirely different departments, meaning the developers responsible for maintaining the publisher’s website are left out of business decisions about what ads and ad units go there. The technical operations tend to be prioritized toward editorial decisions, not sales.

Meanwhile, many of the ad companies are not operating in good faith. As Zucker-Scharff explains:

Like most tech companies they want to take over their market and they want to maximize their returns any way possible. I reported briefly on economics in 2007 and in many ways ad tech reminds me of the big banks problem. They don’t care about the economy, they are individuals looking to get as much money as possible and leave the problems to the next generation. As such, they don’t care about making good tech or a good community.

He also points out that the ad tech market has expanded from about 150 companies to 3,874 over the course of just five years, at a time when the web advertising market is “basically in a decline.”

Zucker-Scharff relates some horror stories about some of the stunts advertising companies have tried to pull, and the different proposals he’s had to turn down. He also feels that part of the problem is that many ad companies require NDAs, so news organizations aren’t able to talk openly about the problems and pool their resources.

And while ad-blockers might make the web more tolerable and safer for consumers, Zucker-Scharff holds that they aren’t doing much in the way of forcing change because the IAB is more interested in fighting against ad-blockers than in actually reforming the industry.

The point of an organization that contains publishers, ad tech, and advertisers is that it is supposed to be a coalition to make the web better from everyone’s perspective. But last year the IAB reversed its stance on auto-play video ads. So it is pretty clear where that is going.

Not anywhere good for readers. And what’s bad for readers is bad for publishers, because then they stop reading.

He feels that publishers need to abandon the IAB altogether, because it’s not listening to their needs and it’s not helping make things better for anyone except the very ad networks who are causing all the trouble. Publishers need to take more of an interest in how their sites host advertisements, and start innovating on ways to make advertisements work better for publishers, advertisers, and readers.

He points out that those almost-4,000 advertising companies are basically staying in business on what publishers pay them, and the publishers need to stop paying for junk. They should have been doing this all along.

By the same token, publishers should have been working on creating an open-source metrics platform. Existing metrics providers like Adobe Omniture or Google Analytics don’t agree, and since their methods of analysis are secret nobody can understand why. This leads to increased vulnerability to bot nets and other forms of traffic manipulation.

Publishers also need to talk more openly with advertisers, open up their own analytics, and increase the level of trust between them, because “If everything wasn’t a mystery, advertisers wouldn’t feel the need to load 20 scripts onto an ad to assure themselves it was being seen.”

Not only would publishers get better results from developing these things for themselves, they would also save a lot of money. The question is, who’s going to be the one to take the belled collars and go after all the cats? It has to start somewhere. 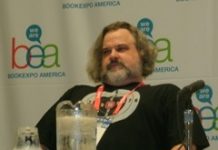