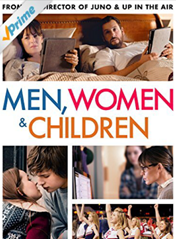 Light up a reefer and you may be on your way to a life of sexual depravity—well, assuming you don’t kill yourself early on.

Funded by a church group keen on saving the rest of the world, the film Reefer Madness became a cult classic, rich in unintentional satire through such heavy-handed messages.

Could an anti-Net movie out-camp Reefer? Never would I have thought so. But somehow, in Men, Women & Children, now free on Netflix and Amazon Prime Video, director Jason Reitman has brilliantly succeeded.

His triumph is all the more remarkable for its timing. M, W & C debuted not in the 1990s but just last September.

For Reitman, the Net is not a place of e-libraries and e-bookstores and K-12 sites or just plain healthy socializing by way of Facebook and Twitter and the rest. No sirree! Here’s what’s really happening without counterbalancing situations:

—Helen Truby patronizes Ashley Madison. Oh, the prescience of Reitman to make M, W & C a year or so before hackers released the names of AM clients! Of course, Helen’s husband is also using tech to cheat.

—Their son is an online smut addict from age 10 on.

—Her mother gets busy shagging the athlete’s father.

Figure out all the possible combinations and permutations of the characters and their sins. If a Netphobic angle is possible, chances are Reitman will home in on it.

Reefer Madness treats us to anti-marijuana didacticism from a PTA lecture, and sure enough, as narrator of M, W & C, Emma Thompson is there to help make the Reitman film even more heavy-handed than Reefer was.

Mind you, M, W & C is supposed to be a comedy-drama. But far, far more often, thanks in part to Ms. Thompson, we’re laughing at the film rather than with it. Reitman must have ordered her to switch off her irony detector.

Now—the kicker. Emma Thompson comes across in other movies as truly gifted. So does Reitman. I loved the deft comedic touches he has shown in such gems as Up in the Air and Thank You for Smoking. M, W & C is the reverse. If nothing else, maybe the ultimate lesson from M, W & C is, ”Sometimes the best talent can make the worst films.”

So what went wrong? Might the real people behind M, W & C be not a church group or the like, but rather the Motion Picture Association of America—eager to discredit online competition for theaters and saddle the Net with yet more copyright restrictions. No, no, let us not be so conspiracy-minded. I suspect that Reitman at least partly believed in what he was doing.  And that’s the scary thing. Next time you read about Hillary Clinton or another politician collecting tens of millions of Hollywood dollars, think of the mindsets of many of the people doling out the campaign cash.

Detail: I arrived at the Reefer Madness comparison on my own, but then I Googled around. Yes, I have lots of company. 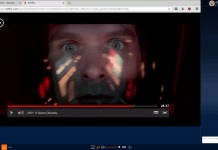 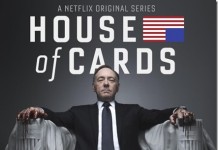 House of Cards vs. books: How much do e-books and p-books compete with other forms of entertainment?