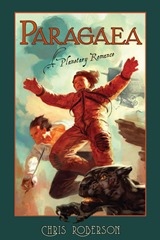 We’ve been writing about Shelfie for a while now, and I had Shelfied my bookshelves some time ago (back when the app was still called BitLit) but never done much in the way of buying e-books through it. However, I’ve since noticed that a number of the titles on my shelves are available, including one book I really enjoyed as a hardcover but never got around to buying as an e-book. So tonight I decided to try it out and see how it worked.

The book in question is Paragaea by Chris Roberson (best known these days as one of the creators of the Eisner-nominated comic book iZombie). A fun “lost world” adventure yarn in the vein of Edgar Rice Burroughs, with plenty of fun pop-culture references sprinkled in, I had a delightful time reading it and at some point ought to get around to finding some of the other things he’s written. And as it happened, since I have the hardcover, Shelfie would let me buy the e-book for $2.99 rather than the $9.99 Amazon charges for the Kindle e-book. (Oddly enough, Shelfie gave the list price of the Paragaea e-book as $11.99. Perhaps the list price had dropped since the bundle became available? Even so, $2.99 is still a bargain.)

The entire process was pretty simple. If I hadn’t used the app at all before, I’d need to choose “Add a Shelfie” and then spend some time photographing my bookshelves, spine out, so the app could determine which books I had and let me know which were available.

Having done all that in the past already, I just had to open the Shelfie app, tap on the “hamburger” menu icon in the upper left, and choose “Library” to open the list of books I’d scanned that it recognized. Then I tapped on “Ebooks” at the top of the screen to get to the list of e-books that were available. For books that are in the public domain, such as The Skylark of Space by E.E. “Doc” Smith, it offered the e-book immediately available for free, which was a nice touch. (There are also discounted audiobooks available, but I didn’t look into those.)

I chose Paragaea from the list, and it asked me to photograph the cover to make sure it really was the book it thought it was.  With that done, it next had me print my name in capital letters on the copyright page and photograph that. It recognized that the book was appropriately inscribed, then offered me the buy button. I tapped on it, and Google charged my credit card and made the e-book available.

Here I did run into one slight bobble. Now that I had bought the book, Shelfie offered a “Read” button—but the thing is, I couldn’t open it with any of the e-book apps on offer on my phone—even Nook or Aldiko, which are theoretically supposed to be compatible with the Adobe DRM Shelfie uses. Fortunately, Shelfie also emailed me an ACSM file, which I was able to use to download the e-book directly to my computer—just as with titles I check out from the public library.

I emailed Shelfie CEO Peter Hudson about this, and he confirmed that the DRM publishers require makes opening their e-books on Android devices difficult. He mentioned that Shelfie would soon be adding in-app reading capability to its own app for those books, but that wouldn’t help people who wanted to sideload into other apps. For now, it seems, the best way to read the book in an app without breaking the DMCA is to download it with Adobe Digital Editions, then sideload that file into apps such as Aldiko that recognize ADE DRM.

There are several more available titles in my library that I might have to pick up for a few bucks, including The Curse of Chalion by Lois McMaster Bujold and Coraline by Neil Gaiman. (There’s also one title in my library that I don’t own, and I’m not sure which book it misidentified as: Modelling a Waffen-SS Figure by Calvin Tan. But I expect I can get that straightened out by asking about it.) 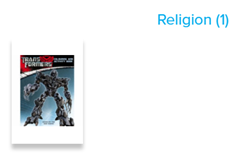 The titles on my bookshelf can be browsed via the Shelfie web site, but the categories for some of them are amusing. For whatever reason, the novelization of the Michael Bay Transformers movie is listed under Religion (though any long-time Transformers fan would probably tell you that’s actually about right) and Kids Nonfiction. (Nonfiction? Really?) Peter Hudson notes that Shelfie will be working on improving the way it does tags, too.

In any event, the DRM complication and tagging issues aside, it’s nice to see some publishers starting to support the notion of book/e-book bundle discounts. I hope more publishers come on board in the future. 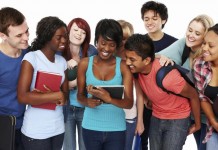 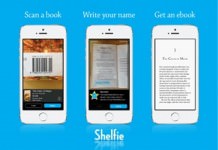