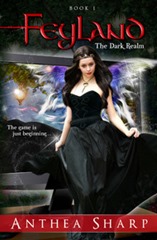 StoryBundle isn’t slowing down. It’s just announced a Young Adult bundle featuring five DRM-free multiple-format works from independent YA authors, plus two sequels to two of the five if you kick in at least $10. While I haven’t personally heard of any of the writers or stories involved, that might very well be part of the point—to get exposure for these writers. Most of the books seem to be part of series (one of them is an omnibus edition of the first three books of a five-part series), which means that if readers get hooked there could be more sales for the rest.

They cover a range of genres—there’s the MMO-as-gateway-to-magical-world books, a steampunk book, a near-future dystopia. Something for everyone.

The initial titles in the bundle are:

If you pay more than the bonus price of just $10, you’ll get two more titles:

StoryBundle is also giving away Open Minds, the book that comes before Closed Hearts, for free for subscribing to its newsletter.

At GenCon, I had the chance to ask Michael Stackpole about his participation in a previous StoryBundle. I just need to find the time and energy to start transcribing those interviews. (Still getting over the cold I got there.)