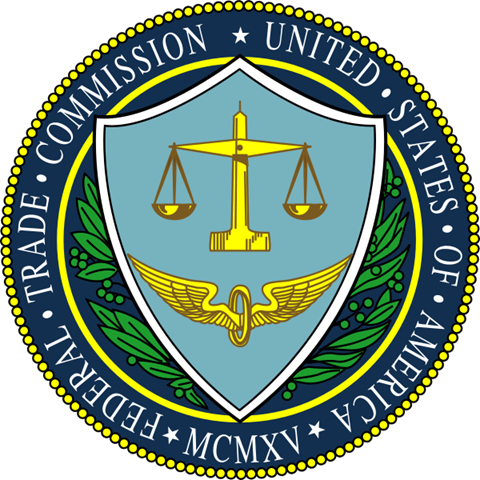 Before Apple decided to get into the streaming game, its 30 percent tax was still a pain for music streaming services, but not a hindrance to competition, since everyone had to abide by the same rules. But now that Apple Music is available, the world’s largest company has put itself directly in the FTC’s line of fire. As an industry source said, "It’s absurd that a company like Apple can have its cake and eat everyone else’s."

The TeleRead Take: Wow, it’s got to be tough being Apple right now. Not to say the extra scrutiny isn’t deserved, on the heels of Apple’s big song and dance routine surrounding the e-book agency pricing matter, but it’s fun to imagine all the rolled eyes and loosened collars in the Apple boardroom, isn’t it? The National Journal reports the investigation is being driven in part by pressure from Senator Al Franken.

Of course, this matter actually goes back to the whole 30% in-app-purchase vig that Apple hits all media apps with, though the e-book version of that was a prominent sideshow during the e-book anti-trust lawsuit. (For the exact same reason the music matter is now, in fact—the unfairness of Apple charging an extra 30% fee on everyone else’s e-books but not its own.) It only dropped out of sight because Judge Cote (probably wisely) didn’t want to get bogged down in finely regulating the app store. Either way, it’s always fun to see someone shine another spotlight on that.

Do You Buy Books Anymore? (Gizmodo)

Don’t get me wrong—I still love books, the objects, more than than most objects in the world. I used to help run a genre bookstore, and I have precious versions of science fiction and fantasy classics sporting pulpy covers I would be loath to part with. But whenever a friend recommends a must-read book, it’s a matter of seconds to download it versus a trip to the bookstore. The sad truth is that many stores in New York have folded, and the ones in existence won’t always have what you’re looking for in stock.

The TeleRead Take: Wow. Been a while since I’ve seen one of these articles. Which I suppose just goes to show you how many people actually are buying e-books without a second thought these days, that it’s been so long since someone last looked around and asked about it. Maybe someone’s feeling a little insecure about their buying habits?

And so, I think it is safe to say that Houghton Mifflin Harcourt has struck a new contract with ebook retailers with terms similar to the contracts that the Big Five (Hachette, Macmillan, S&S, HarperCollins, and Penguin Random House) signed over the past 10 months.

We do not know the terms, but the contracts do appear to limit discounting from the price set by the publisher. At this time the common name for this type of deal is Agency Lite.

The TeleRead Take: An interesting reminder that there are still other publishers than the Big/Agency Five out there. Nate points out that HMH is bigger than S&S, which is interesting. Wonder why it’s not listed as one of the “Big” trade publishers, then? Because they’re mostly an academic/textbook publisher? Though as one of the comments points out, HMH entered a deal in 2012 to publish the print editions of some Amazon-imprint books, though many non-Amazon bookstores still refused to carry them.

Another thing worth mentioning is that HMH is the US/Canada publisher for the original (non-New Millennium) editions of Diane Duane’s “Young Wizards” books. I’ll be interviewing Duane on the TeleRead podcast on Saturday. Funny how stories related to her keep coming up this week. I wonder if I should throw in a question about the agency pricing thing? I don’t imagine she’d know anything, though. Publishers don’t tend to discuss these kinds of things with their authors.

What’s better than a vending machine full of snacks? One that’s full of books. For free! (Upworthy)

[JetBlue] came up with the idea after doing some research. Back in 2001, a study found that in underserved communities, there was only one age-appropriate book available for every 300 kids. After commissioning a study by a childhood literacy expert to look into that, they learned the situation today was even more dire.

"[I]n the shadow of our nation’s capital, in 2015, there is access to only one-age appropriate book for every 830 children," the website notes. And that’s what the company is calling a book desert.

Since 2011, through Soar With Reading, JetBlue has provided over $1.25 million in books to children.

The TeleRead Take: Well, giving books away to kids is certainly a great idea. I wonder why you need a vending machine to do it, though, rather than partnering up with local libraries or stores or something? It would seem to me that a free unlimited book vending machine would have the same kind of problem as newspaper vending machines—people would take more than they actually care about just because they can. But I guess if they’re still doing this, they must not be having that problem. So, good for them!

Our product philosophy has always been driven by the idea that behind any communications channel are real people trying to get real work done. We need to be thinking about how we can help those people focus on what’s most important and what’s most impactful. That doesn’t change whether we’re communicating face-to-face, via telegraph, via phone, via text, via chat, via email, or via the direct brain-to-brain link that we’ll use in the future.

The TeleRead Take: Oh, sure, blame me for your e-mail woes.

Seriously, it’s interesting to think about how many problems we attribute to technology issues are actually human-nature issues—you can change the tools forever and still not scratch the surface of the true issue. It puts me in mind of how people complain that Amazon doesn’t support EPUB on the Kindle when the fact is, they really don’t need to because they and, more importantly, the vast majority of their customers only care about the e-books they’re selling. Which are all in the Kindle format.

Also, as the son of two librarian English majors, I feel the urgent need to point out that there is a special place in Hell set aside for journalists who use nonsensical ungrammatical constructs like “impactful.” Just saying.

Amazon Detractors Invited to Debate Its Monopolistic Bookselling on Twitter, But None Show Up (The Digital Reader)

Alas, no one from Authors United or its allies showed up for the [#LitChat Twitter] debate, which is unfortunate because the indie viewpoint was well-represented. Passive Guy caught wind of the event and announced it on The Passive Voice blog this morning about four hours before the debate. That gave the usual crew plenty of time to clear a space in our schedules, make some popcorn, and sharpen our wits.

The TeleRead Take: Well, that was amusing. A whole bunch of people showed up wanting to debate cases with the Authors United folks, but not a one of them was willing to come out and play (though at least one admitted to “monitoring the discussion”). In the absence of actual debaters, they were reduced to having Hugh Howey play devil’s advocate and parrot AU’s arguments so everyone else would have someone to argue against. (There’s some discussion of the matter at The Passive Voice, too, along with a couple of lovely mountain photos.)

Some commenters suggest that perhaps there should have been more advance notice, but I doubt it would have helped. It seems to me that sort of person is too self-important to want to expose themselves to potential heckling on freewheeling social media. They’re more apt to, say, invite a single token adversary to a real-world get-together so they can gang up on him. Not that I’m naming names or anything…