It will be interesting to see how e-book reading applications evolve this year. They continue to move toward Web technologies for their rendering and connectivity, and the EPUB format continues to gravitate with them.

The Web of Books

First, publishers are moving books to the web, in EPUB format. Some publishers are selling them, others are giving them away. Some of the same players who fought Google over book scanning and whom Amazon wrangled over Search Inside are leaning toward more experimental approaches now. EPUB has become the vehicle for those approaches.

Alongside this, the number of book-related social networks has multiplied exponentially. The success of Goodreads, which grew on its own, and Shelfari, which is now wholly owned by you-know-who, alongside Facebook phemonena like Living Social for Books, have apparently inspired new spinoffs at the rate of one a week.

Even Stanza, which started as a downloadable app, has found boundless interest from its partners and customers for tapping into the Web. The guys at Lexcycle have done a lot to further Web standards, including using Webkit as their e-book rendering engine, embedding a browser in their online catalog, using Atom XML to allow anyone to create content feeds, and strongly supporting EPUB. Neelan even ran for the IDPF chair but was edged by a representative of a more DRM-centric company.

Which brings up another trend, consumer opinion of DRM. In the last year, its gotten decidedly sour. As consumers flock more and more to web communities, built on technology that’s open, they realize more and more how limiting, ineffective and just plain annoying DRM can be. And as the music and video industries continue to loosen their attachment to DRM, applying such technology to books will be even more distasteful to people.

Another sticking point for consumers is the question of e-book pricing. This has come up repeatedly in the last year in both consumer and industry circles. It’s good that people are beginning to ask this in a slightly more demanding tone. It doesn’t take a publishing veteran to itemize the costs that go into a book and see that the e-book is a by-product of a process that already happens for print runs. The acquisition, editing, design, production and marketing are costs shared between e- and p- versions. Printing, shipping and DRM licensing are not.

That’s right, DRM is expensive for the consumer, because that cost is getting passed through. This means that EPUB is even more important as a free, open format, despite being billed on many sites as “Adobe Digital Editions Format.”

While the IDPF is not nearly as open as other standards bodies like the ones working on the next draft of HTML, it was chartered to create a vendor-neutral format for e-books, and I’m sure many in its ranks do not like the idea of Adobe “owning” the format this way. Adobe is also at the forefront of a slow push for DRM in EPUB, which is in turn behind a lot of reluctance of the IDPF to address some pressing issues of openness like linking, annotation and proper promotion of the new format. There is also a marked refusal of other giants like Amazon to accept it, which if total and final, would defeat the goal of widespread industry adoption.

In the last year the community has risen to the occasion, creating free EPUB editing tools so average people can get their content into this new format, so publishers and developers can edit and refine content already in the format, and so designers can begin to have an arsenal of tools for refining how books look in this format. They need to continue to do so. There is a convenient intersection between the content produced by the free WYSIWYG tools already on the Web and the native content formats in EPUB files. People should continue exploring that intersection, because it allows rapid development and refined experiences.

Another great thing to see is that Google has begun indexing EPUBs. I saw this last summer, but the problem then was that while the filenames were coming up in searches, their content was still obscured. Now, apparently, GoogleBot is crawling into the containers and indexing content files there, taking snippets. Now if only it could link to those files…

On the mobile front, Webkit is dominant on iPhone OS and Android, and has begun to power a lot of books, both as downloadable apps and as EPUBs viewed in Stanza. Webkit is the browser engine behind Apple’s Safari browser, the most CSS3 compliant browser out there. It’s responsible for enabling the pagination and nifty page slide effects in Stanza, not to mention advanced styling effects like the CSS3 border-radius property (which produces rounded content boxes instead of angular ones).

The next step is to prove that EPUB books just plain look better than books in any other format. If you’ve ever seen how beautifully Safari can render a web page, you’ll know this is possible. We just need to recruit the talents of all the Web design veterans out there to raise the bar on e-book aesthetics, and take advantage of the vast technical possibilities that are now opening up for digital books. 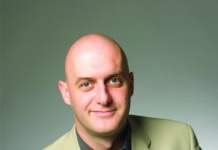