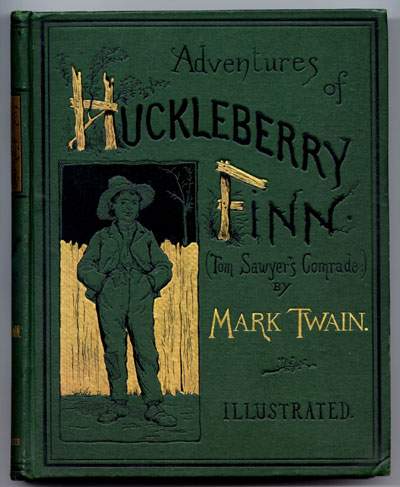 Love or hate e-books, so many people at least have an opinion on the topic.

Rich Adin at the blog An American Editor writes, “Are eBooks the Death Knell of Authorial Greatness?” Adin is an e-book reader, but he seems worried that authors may never be considered great again because of the physical absence of books.

“Part of the problem, I think, is that recalling my library books involves a visual scan of its shelves, something that is easy to do with shelves of hardcover books staring at me and difficult to do with e-books because that casual eyescan is not as readily accomplished. This visual scanning acts as a stimulus to my memory because it thrusts the title to the front of my mind, which triggers the content recall,” Adin writes.

I used to have a huge bookshelf that ran from floor to ceiling—eight shelves stuffed with books. The quickest thing to make you want to stop reading books is moving. In about five years, I moved about six times. The physical book collection became smaller, but I never stopped reading.

I enjoyed reading more and more on my Nook and then my Nexus 7, and my collection grew larger. Moving became much easier.

I still gaze at my e-books from time to time, using Goodreads as a way to track them. The cover art is on the site along with small reviews I’ve written, which actually helps me remember the book—months, or even years after reading it.

In the e-book age, we haven’t had time to create great authors. Adin points to Dickens, Twain, Steinbeck and Hemingway:

“I think part of their lasting greatness is a result of their books being always in front of us. I grant that the bulk of their greatness lies in their writing, but even great tomes can fall into obscurity when they are absent from the eyes of readers. Part of the reason I think this is truth is that I have tried, unsuccessfully, to identify any ebook-only author of the past decade who is viewed similarly to Hemingway or Steinbeck.”

One of my issues with Adin’s post is his efforts to relate modern authors to those who have had decades to be considered by historians, literary pundits and readers who devoured their writing.

How many authors in the last 10 years—whether they have published e-books or not—have been compared to the major authors? Not many.

I don’t think physical books will decide the next great author. Just time.