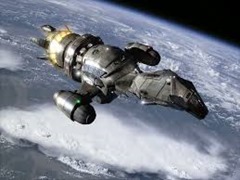 No, not that Firefly.

Various sites are referring to the Amazon Fire Phone’s “Firefly” image recognizer as a “built-in showrooming tool.” Which I suppose it is, when you get right down to it. But it’s not as if it’s that much harder for folks to install a “showrooming tool” of their own, such as QR Droid, or even Amazon’s own “Flow” showrooming tool, on the phones they already have.

In fact, having just tried “Flow” out for the first time, I can safely say it basically is Firefly (or, at least, the subset of what Firefly does that deals with showrooming), right down to the little dancing dots that flicker around when you scan something. It recognizes not only bar codes but the front of books, CDs, DVDs…it even recognized some of my Japanese anime soundtrack import discs. And it’s lightning-fast. (Small wonder Melville House doesn’t like it.) Sure beats the hell out of QR Droid, which can take forever to recognize bar codes. It reads QR codes, too.

But then, anything Amazon does to make it easier for people to buy from it is going to cause flinch reactions in its competitors. Possibly even justifiably so. (I’ll admit it was a little cheeky of them to release the first version of their showrooming app just in time for Christmas shopping in 2011.) But the upshot is, I wouldn’t worry a whole lot more than they had been. I wouldn’t worry about the people who buy a new $200 phone to be able to showroom; I’d worry more about the ones who put a free app on the ones they already have.

VentureBeat suggests that, in sending all this data up to Amazon, Firefly could be considered an invasion of privacy. That might be a more valid concern. (Though I notice that even they had to correct their story, being under a misapprehension about the way Firefly worked.) But as many other apps engage in similar behavior, I suspect that ship has already sailed. (Besides, I have a burrito.) 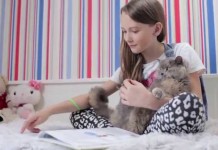