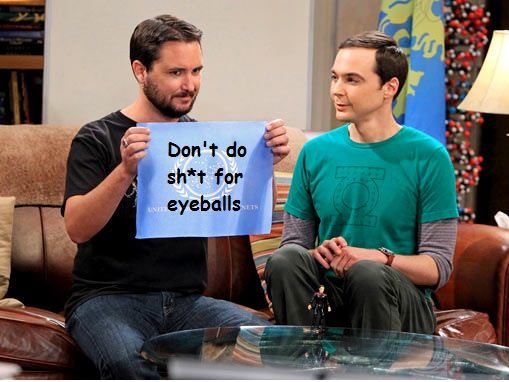 Cult actor, blogger, writer, and all-round Homo sapiens Wil Wheaton has kicked off a Twitter, and later, blog storm, over Huffington Post‘s attempt to pay him in eyeballs. That is, he was approached by HuffPo to republish a blog post with them, in return for…exposure. Not the smartest approach to a guy who has some 3 million followers, maybe. But at least HuffPost isn’t playing favorites.

Unfortunately, we’re unable to financially compensate our bloggers at this time. Most bloggers find value in the unique platform and reach our site provides, but we completely understand if that makes blogging with us impossible.

Wheaton posted his take on this on Twitter under his @wilw hashtag, and later blogged about it. And if HuffPost wasn’t playing favorites, neither was he (see below) 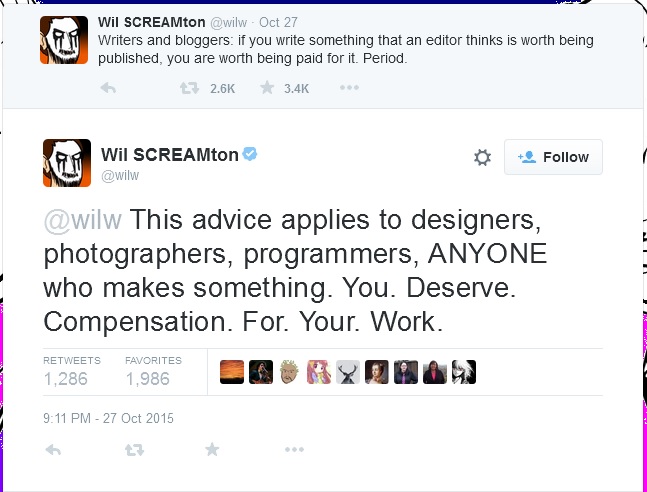 There have been dissenting voices. “What This ‘Star Trek’ Actor Gets Wrong about Working for Free,” says Damon Brown in Inc., having apparently missed out on the rest of the non-Star Trek part of Wheaton’s career. “Money is cheap, but experience is expensive,” he claims.

To coin a phrase, I don’t buy it. “Huffington Post is valued at well over fifty million dollars, and the company can absolutely afford to pay contributors,” Wheaton protested. “The fact that it doesn’t, and can get away with it, is distressing to me.” And how did HuffPost get to that valuation in the first place? Bit by bit, incrementally, through contributions from the likes of Wil Wheaton. It’s ridiculous to claim that blog posts are too brief, or too ephemeral, to be paid for. I’m writing right here, right now, on a venue that pays me for far shorter wordage than HuffPost was asking from Wheaton. And if TeleRead can afford to do it, HuffPost certainly can.

Obviously, I’m thinking of this mostly in terms of writers. Especially self-published ones, who are always being assailed by recommendations to release works for free, or to run free-book giveaways, or anything to secure exposure and seduce the reader. Well, that argument may work when we’re talking self-promotion, but when you hear it coming from an organization that can afford to pay you? That’s when you should stop and think: Do you want to eat eyeballs? 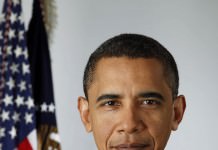 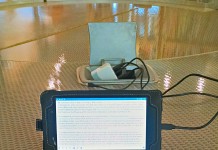 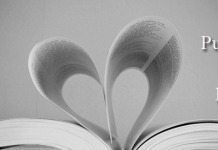 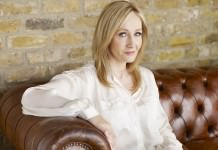